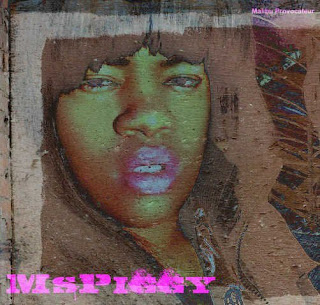 Ms.P.I.G aka Piggy born and raised in Brooklyn,NY. This 24 year old wants to be the NEXT artist to blow up! She has been writing since 8th grade, and started to record songs in high school. She is now on her 1st mixtape "Swine Flu Season(think b4 u eat) snippet. Also, she has been nominated for "Best Female HipHop Unsigned Artist" for 2011. Even though, she did not take home that award, Piggy grind got even harder to take it this 2012. Piggy is releasing her next mixtape and videos real soon! 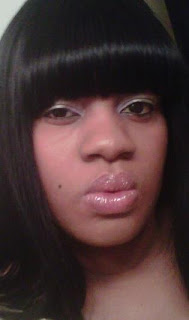 PIGGY Well, back in elementary I use to get teased and called all types of names from these girls and my cousin, but "Piggy" was the name that hurt and stuck with me the most.I'm trying to turn a bad situation into a good one, and to let these girls out here know that, you don't have to be a specific size or shape to be in this game. You just need your talent and faith!

3375 When or what event led you to decide to create music?

PIGGY When I was in the 8th grade, I started to write poetry but then Lil' Kim album came out (NOTORIOUS K.I.M) I turned all my poems into Rhymes!..thanks kimmy!!!

3375 What is the hardest part about writing music?

PIGGY Honestly, if your wack lyrically it would be hard but its type easy for me!

3375 How is the progress going on your first mixtape?

PIGGY Its going well, even though its a snippet of my next mixtape, I have gotten some great reviews from it! Thanks #TeamPiggy 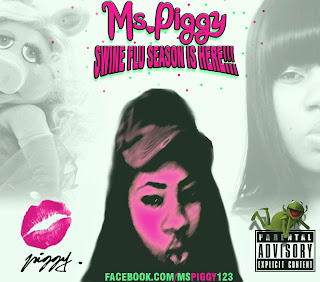 3375 Are you going to have any feature on the mixtape?

PIGGY Yesssss!!!! lol The features on my next mixtape is going to be all FEMALE RAPPERS!!! I can not wait!!!!

3375 Even though you didn't win, how did you feel about being nominated for Best
Female Hiphop Unsigned Artist in 2011?

PIGGY Whats crazy is that, when I got that email saying that I was nominated for "Best Female Rapper" I thought it was a joke! But when I found out it wasn't, I was sooooo happy,shock and thrilled that someone saw my grind and acknowledge it.

3375 Do Think Obama deserve second term? And Why?

PIGGY Absolutely! Because OB has done everything he said he was going to do. Since the 1st day in the white house he has accomplished every goal he had set. I feel that OB has more to give us than just the last four years. I need him for 8yrs!!!

3375 Do you think you have what it take to be an elite in hip hop America now
days? 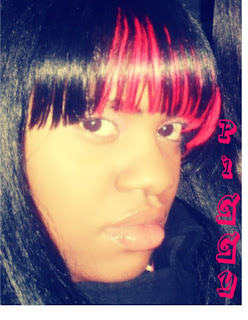 PIGGY ABSOLUTELY!!! I have learned from other artist and there mistakes and ran with it! And it created PIGGY!

3375 What makes you different from other female rappers?


3375 We all know New York is where hip hop came from, How do you feel about music in New York right now?

PIGGY I feel that its a lot of dope artist and music in NY but they are not getting recognize, the south has took over the industry and its time for NY to get it BACK!

3375 What do you want the world to know about Ms.Piggy?

PIGGY Hmmmm... I want the world to know that I'm coming for my spot! and I'm not going to stop until God say so! #RealTalk

PIGGY Big Shout Out to GOD,BROOKLYN, TEAMPIGGY, MY LIL'OINKERS AND PIGLETS, MY IDOLS, ALL MY BFF'S AND MY UK SIS LAYLA!!! I LOVE ALL YOU GUYS THAT SUPPORT ME AND MY MOVEMENT!!!! #FattGirlzRock
Posted by 3375 Magazine at 9:42 AM