Kelly (Kelz) is currently in the Army National Guard. She been enlisted for almost 3 years. Kelz

Secure hospital locations. She also had a full ride to college for basketball and she currently in the

process of training for basketball so she can try out for overseas woman's basketball team next year.

Among other thing she just started to get into modeling this year. Kelly is 6'1 of pure

personality!! She is a Cruz Inc Model and Events Coordinator for Cruz Inc. 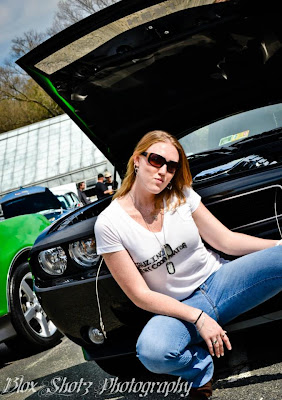 3375 Do you think women's basketball is catching on with the masses?


Kelz NEVER lol , their salaries are higher because there's a much larger following which in turn brings in more money


3375 Do you think they should create coed-league sports on a professional level?

3375 Why do you rather play oversea than playing in the states?


Kelz Yes that's actually my goal right now is to play overseas basketball , for one they pay more and secondly I get to see the world , what could s better ?


Kelz Black and pink together :-)


3375 Have you learn alot by being in the Army National Guard?


Kelz Yes What have you learn? I learned discipline, patience, and teamwork


Kelz My MOM she is the best mom ever , stuck with me during the bad and good always was there to support me :-


3375 What has been your greatest contribution so far?


Kelz Prob would say maybe in high school I tutored middle schoolers after school between basketball games and track events which I def enjoyed.


3375 What activities do you indulge in when you are free other than basketball?

Kelz I love to write poetry , play with the computer , watch football, exercise , and hang with friends


3375 What do you see when you look at pictures of yourself from a recent photo-shoot?


Kelz Lol I see me is all


3375 Do you think that by being a model, you're contributing to the materialistic nature of our culture?


Kelz Lol not at all , I'm just having fun and doing the things I love to do , I will always believe materialistic Things arent everything cause if def isn't


3375 What is your hidden/quirky talent?


Kelz Idk might have to say I love video games, MW3 especially

3375 Where do you see yourself in two years?


Kelz I see myself overseas playinf basketball and modeling. I see myself in the cover of ink magazines and biker mags

Kelz To everyone that's been real and honest with me Remember I have your back and i will show you someday soon , real soon
Posted by 3375 Magazine at 9:26 AM