Model and President of Modeling Operations at Cruz Inc. Besides modeling, She work as a nurse during the week. Her hobbies are bowling, reading, music, traveling and spending time with loved ones. 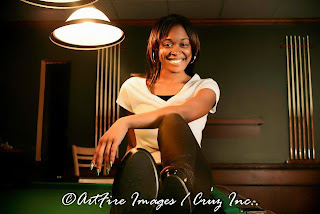 3375 MAGAZINE What prompted your interests in becoming a model?

CHERRY Well, I've always loved to take pictures, and while growing up, family members always told me that I should be a model but I never paid them any attention. But, after I was asked to participate in a photoshoot for the first time, I realized how much I really enjoyed modeling.

3375 MAGAZINE Have you done other types of modeling? Runway? Catalog? Parts?

3375 MAGAZINE What do you enjoy most about your work?

CHERRY I love seeing the results of my work. I always get slightly nervous before any photoshoot or event, but seeing how others support me and enjoy my work, makes me happier than anything.

3375 MAGAZINE What do you dislike the most?

CHERRY The only thing that I dislike is how misleading and distrusting people can be. As a woman, I have to be extremely careful about who I work with. 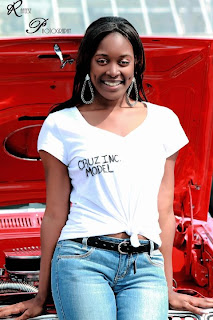 3375 MAGAZINE If you had to describe yourself as model in three words, which words would you choose? Why?


CHERRY I would choose natural, sassy, and versatile to describe myself as a model. Natural because once the camera starts shooting, all the nervousness and doubts are out the window and I just have fun. I chose "Sassy" because...I am. Lastly, I chose to describe myself as "versatile" because I can give you any look from virginal schoolgirl to wild sex kitten. Your pick lol.


3375 MAGAZINE Remind our readers how you came to learn about 3375 Magazine?


CHERRY I was approached by Jay from Ryde4Mine Ent. to be featured for this blog. I just recently met him at an event with Cruz Inc and we've kept in contact ever since.


3375 MAGAZINE If you could have a superpower, or combination of many superpowers, which power(s) would you choose?


CHERRY I would choose to be invisible so I can see the things that people do when they think no one is around.


3375 MAGAZINE What are some of your future goals or ambitions?


CHERRY To have the hottest modeling team on the East Coast and to go far with my modeling so I can show people that I'm not doing this just to look pretty. I really love my work. Also, I want to get into acting.

3375 MAGAZINE Your favorite high-fashion model? Why?


CHERRY I don't have a favorite. I appreciate all types of models.


3375 MAGAZINE Name an up-an-coming model who has potential, progress, or development that excites you?


CHERRY ME! Because I know that I have potential and the support of my friends and family to make it far in this industry.


3375 MAGAZINE Where can 3375 Magazine readers find more of your work?


3375 MAGAZINE Do you have any shoutouts?


CHERRY Shoutout to my mother, father, and sister for being supportive! Cruz and the executive team, the Cruz Inc Models and my supporters!
Posted by 3375 Magazine at 9:32 AM