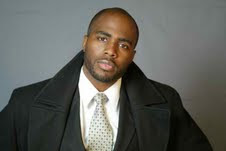 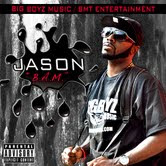 "JASON" aka JASON804 an entrepreneur, recording artist, 2011 Playdate USAHost of the Year, Actor, Commercial Producer, Script Writer, award winning director, Author, Youth role model, entertainer and a NC A&T Alumni!! A Richmond, VA native "JASON" has several published projects “Road to Success”, “The VA show”, “Now or Never”, high energy singles “Happy Hour Mood Swing”, “Feeling So Alive”, How to Make More Money with Your Music (eBook) and the classic motivational full length solo project; (Born to Motivate...Raised to Succeed) preceded by the video release of the introspective "Earl's Gone Fishing.", moving over 7,000 units of JASON804 music. JASON has hit the stage after Jermaine Dupri and G -Unit on MTV's "My Super Sweet Sixteen", he has appeared on the same stage as LL Cool J in front of 10,000 plus fans, and smashed an opening performance for Lupe Fiasco in front of 3000 plus screaming fans. 2012 marks the release of new single “B.A.M” the appetizer to the long awaited full length album “Mind of a Champion! As an actor JASON has appeared in Tyler Perry’s House of Payne, the award winning hit independent films “You Are Not the Father,” “Laying My Past to Rest”, traveling stage play “Who Killed Uncle Pete” appearance in “Stomp the Yard 2”, Most recently wrote/directed/starred in his first sitcom “The Crib”, and various roles for a few other independent movies. Above all the accolades JASON is a very personable and charismatic person, a ball of contagious/infectious positive energy a marketing dream come true, a Brand. 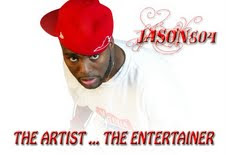 3375 What Sets You Apart From Other Aspiring Rappers?


JASON Number one I no longer “aspire” to be a “rapper.” I AM an emcee…professionally


because I get paid to do this. What also sets me a part is I’m corporately trained so I approach even the fun part of making music very business like. I arrive on time or early to my shows with my camera crew and media team. I don’t smoke I don’t drink but I rock HARD! I don’t have a posse or be 100 deep in the studio, all I need is me the production team and the engineer. Sometimes it’s just me and the engineer. This is because I know what I want, I know where I want to go and even when I’m experimenting musically I know what I want to hear. Another thing that sets me apart is my vision has been always been global never my street, neighborhood, or city. I always planned to go several levels beyond the basement studio. I also understand that music alone don’t sell music, people buy into a package a movement an idea of what they believe you represent and/or stand for. I approach music with such a formula…it’s always on purpose. So colors, pictures, images, objects, words, song titles, phrases, etc.Remember it’s always on purpose so peek the layers in my verses.


3375 What Is The Philosophy By Which You Live By?


JASON “Don’t put off for tomorrow, what you can do today” I always felt like my life was


moving at a pace that I must get it all out before it’s all over. I must say it, I think about someone there is a reason for it so I need to call or text them ASAP if only to say “what up” I’m also a real work-a-holic when it comes to this entertainment business because if I don’t do it who will. I don’t sleep, I barely eat…I’m extremely active and I go hard. 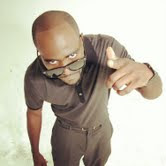 3375 Which Artists Have Inspired You?


JASON I’ve been inspired by different artist and entertainment figures for different reasons.

3375 What Is Your Opinion Of The Current State of the music industry?


JASON People ask me that all the time and I tell them that the music business has been a beautiful mess from the beginning of time. The business of music and creative works is probably the hardest to get a handle on because you are creating value in something that ultimately has NO MONETARY VALUE. Your thoughts, your words…have no monetary value until someone says it does by marketing it or paying for it. So music industry is what it’s going to be. Consumers have more power now than ever because of the rate and ease at which indie music can get out. So if you are tired of hearing less than quality music…support quality music and artist. Share their music with folks, click the share button on their videos visit www.JASON804live.com and share an article or a


single. If you are not part of the solution then you are part of the problem and I believe that!

3375 What Producer Would You Like To Collaborate With In The Future?


is dope, “The Ark” out of RVA, oh of course Kanye West because he’s probably my favorite creative mind and Pharell because he’s from Virginia

3375 What Is Your Favorite Movie And Favorite Book?

JASON Honestly don’t have a favorite movie but I love the movies. Probably the only time I can


get my mind to stop moving on my quest to score points is when I’m watching a movie. My favorite book aside from the ebook I wrote “How to Make More Money With Your Music” would be Napoleon Hill’s “Think and Grow Rich”

3375 What Is Your Favorite Part Of Your Live Show? How Has It Evolved? 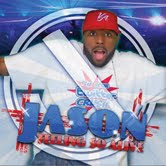 crowd. I love to connect with the people because my music is so personal that I want people to feel me. How has it evolved, I smile more because I know that’s my meal ticket. I guess part of that though is the acting I definitely use my theatrical training in my hip hop show so you will see an array of emotions. Also I’m still after all these years working to tame the beast inside me
[laughs] the energy beast…I’m a high energy dude and I just wanna go a million miles an hour from top to bottom. I can’t do that though, have to control that and my wind because I have a lot to say...you need to be able to hear that.


3375 Tell us about your transition from rapper To actor?

JASON Real talk it’s not really a transition, I’ve been acting and performing since I was about


seven or eight. I started writing rhymes when I was eleven. I’m a natural performer but also as I stated I’m a data junkie. I study my crafts and acting is no different, I study other actors and I think through the range of emotions we have as humans. So to answer your question I always planned to continue acting, and I never planned to be rapping my whole life…well being a performing rapper. Look out for more JASON on the screen under my government though. Look up my sitcom “The Crib Show” a comedic web series I wrote, starred in and directed. If I had to describe it…a combination of Martin and Seinfeild


3375 Would you consider yourself a triple threat?

What Are Some Major Misconceptions That You Think People Have Of You?

JASON That I am conceited. Never been that guy, I’m aware but never been conceited nor


arrogant. Unfortunately this is hip hop and don’t nobody see you when you being humble. So you kind of have to be in that face like “Im the Sh*t” for people to give it any thought. Also that I’m just an entertainer…so very wrong

3375 Can you Explain what Playdate USA is for people that does know? 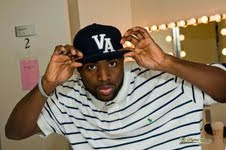 JASON PlayDate is an alternative to the typical night out. It's the most FUN you've had in a long


time. A national brand, we travel around the country delivering fun and joy into people’s lives at private events, major festivals, businesses and universities.

JASON The single “B.A.M.” is out and burning all over the place locally, regionally, nationally,

Shout out to you for having me, Big Boyz Music, Daerae Media and the Future because
we looking forward to what it holds for us
Posted by 3375 Magazine at 9:56 AM