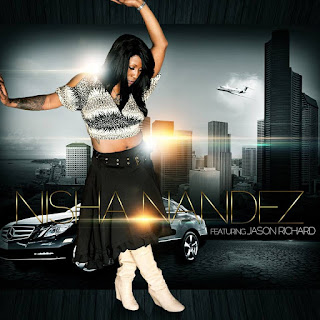 I joined the military shortly after 9/11, the day that shocked the world. I wanted to do something with my life that served a deeper purpose than simply earning a paycheck.
At 29 years old, I quit my job, sold my house, and joined the Army Band. A year later, I was singing to the troops in Iraq. I toured Baghdad with the band where we received maximum exposure by opening for Toby Keith. Nine and a half years later, I've retired a Captain from the Army and pursuing my dream of inspiring as many people as I can through my music.

My song Today was recently selected for Quiksilver's 2013 global ad campaign. My single, “Static on the Radio”, co-written with Jason Richard has just been released on iTunes, Amazon, Spotify and more! A hot REMIX of my newest single, "Have Mercy on Me", featuring Jason Richard smoking the guitar, was released April 16th! I just recorded two new singles this week and should be releasing the first one, Dreamin, in a few weeks.
This summer, I plan to start performing live after I finish up my first full CD. I'm working on pulling together a full band now that I have time to get out and share my music. I also hope to make my first video this summer. I'm doing what I love and building a fan base that loves my music as much as I do! - Nisha Nandez 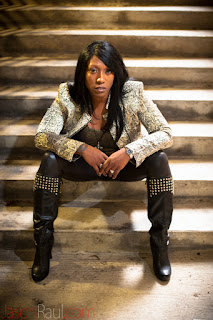 3375  I understand that it was noticed pretty early in your life, when you were pretty young, that you could sing. Did you always think you could sing?
NISHA  I took an interest in singing when I was about 8 years old. I never thought I could sing, but always wanted to. I learned as many songs as I could, no matter what genre. Music was always my best friend growing up. I sang my first solo at my grandparents church when I was 9. I sang "I Surrender All" and was scared to death, ha ha.

3375   So how did you come to the idea that maybe you could maybe do this for a career? How would you describe your upbringing?
NISHA  I received a Living Social email for discounted studio time at Clockright Studio in Austin and initially went for fun. After a few visits, I started sounding better so I put one of my covers on my Facebook page. I was contacted by an A&R at Interscope who gave me some major encouragement, so I did a cover of an Evanescence song. When the A&R heard that cover, she was excited and that is how I got the idea I had a shot at singing for a career. I come from a family of professional and church singers. I have several family members who have performed in either off-Broadway shows or music groups so I have always been exposed to great singing and beautiful harmonies. 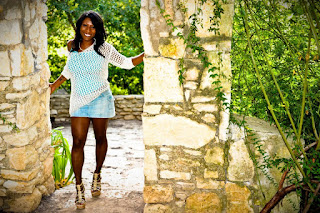 NISHA  I started playing the flute when I was 9 years old and after 9/11, I decided I wanted to serve my country while doing something I enjoyed; playing music. I entered the music business when I joined the Army Band in 2003. I actually joined the Army specifically to join the band. When we deployed to Operation Iraqi Freedom III in Baghdad, we had a Rock Band where I was the lead female vocalist. I never imagined I would be here, writing my own songs and performing 8 years after that deployment.

3375   Why is it that there are still fewer successful female artists in a music that speaks of equality and justice?
NISHA   I'm not really sure. It's fair to say, the public drives who is successful. It could be a matter of fewer female artists getting out there and sharing their talent combined with a decreased public demand for female artists who may not be as spectacular as Mariah Carey or Alicia Keys.

3375   Who and what inspires you to write?
NISHA   I would have to say I've been inspired by the numerous artists I enjoy, ranging from Evanescence to Chrisette Michele. I started writing my own songs because of my life experiences. I have a story to tell and the best way I know to tell it is through my music. Music has inspired me all my life and I want to give back by inspiring others through my music. 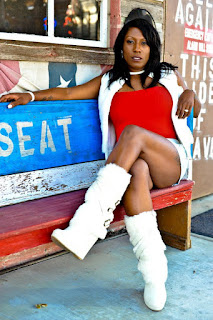 3375   A lot of artists whether earlier or later in their career become producers. Do you see yourself working behind the scenes producing other artist music.
NISHA   I don't see myself producing, to be honest. If the time ever arose where the opportunity presented itself, I don't know if I would turn it down. I like to leave doors open.

3375   What is the most memorable thing a fan has ever done?
NISHA   The most memorable thing a fan has done has been becoming my friend. I'm still new in the music industry and its really cool to get honest criticism from true fans before I release a single. I don't want to become so busy or popular I forget my fans. I have a particular fan, Tish, who is now my friend. We talk about my style, sound, confidence levels, etc. That is priceless and unforgettable.

3375   What is your biggest musical accomplishment so for and why?
NISHA   My biggest musical accomplishment so far? I'd have to say it has been writing songs like "Have Mercy on Me" and "Static on the Radio" that have meaning and have touched people's lives. They are both songs people can relate to about relationship problems. We all have those...

3375   Are you planning to going on Tour any time soon?
NISHA   I'm trying to get a band together right now so I can start touring. My musicians, Jason Richard (guitar and bass) and Jose Pomales (piano) are both engaged in other projects but they produce the awesome music you hear. I need to find musicians who can match that talent so I can get out there. Once that happens, I'll be hitting the areas in Central Texas first!

3375   Live performing could be disrupted by malfunctions of stage props and could lead to devastating results. How would you handle one? 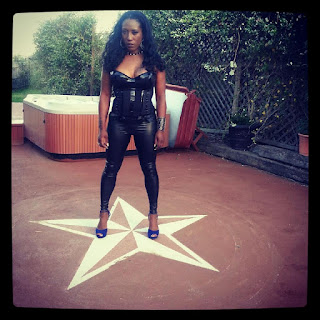 NISHA   Well, given my Army background, I believe in always having a plan B. I'd be sure my band at always had wireless mics on set to continue the show in the event we had a malfunction. Of course, depending on the size of the venue, those may not even be necessary. Everyone knows stuff happens. Its all about making the show go on, despite the circumstances!

3375   Where do you see yourself in the next 5 years?
NISHA   In the next 5 years, I hope to continue to be a household name. I want people to be familiar with my sound and who I am. At the five year mark, I hope to have already toured in the continental U.S. and to have performed for troops overseas. I also hope to be signed by a label by then!

3375   Is acting going to be something that you would consider in the near future?
NISHA   I would definitely consider acting

NISHA  This year, you can expect to continue to hear new singles from me. My style is my own, so no two songs will sound alike. I like to keep things fresh and original. I'm working on putting my first music video together right now too. As I said, I have a story to tell and I want to share it with my music.

3375   As a artist, what advice would you give to someone that wants to get into the music industry?
NISHA  I would say, never give up on your dream! Practice, practice, practice, network, market your music every way you can, and be original. I believe people are looking for something different. People want to be motivated, inspired, and happy. They want to feel like you're talking to them. I'd also say, if you don't love what you do, then this industry is not for you because there are no guarantees on becoming a success. 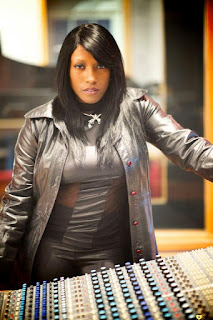 NISHA   Definitely! Shout out to my husband, Sean, and all our children, I love you all so much! To my Grandma and Granddad who inspired me to be the best I can be. To my Mom and two sisters who are always supportive. To my producer and friend, Jason Richard at www.clockrightstudio.com, the man behind my music, my friend and fellow Soldier, Jose Pomales, to James Lucente at www.lucenteentertainment.com, and George Seals at www.prettyboybeats.com. Also a S/O to: Billy Lord, Rich Strunck, aToJ Productions, Dale Carter and to all my fans!! I would NOT be here without you!!! Much love and Keep Rockin'!
Posted by 3375 Magazine at 3:57 PM