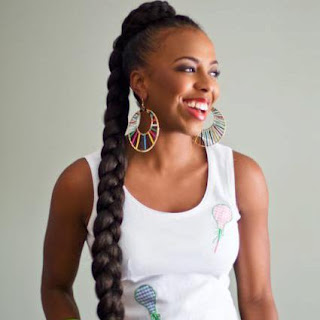 The woman who would one day be known as the princess of island pop was born into a home where music and unbridled creativity were ever-present companions. The combination of her innate musical gifts and an environment where a broad array of musical styles was easily accessible helped shape Shalli into the woman she is today. Shalli it seems was destined to make her mark on the world through musi...c.

Shalli’s parents nurtured her affinity for music and by the age of 5, she was already singing for audiences in her church choir. Her father, a career musician, specialized in a variety of eclectic musical styles and her exposure to various artists and rhythms at such a young age gave her a sense of musical flexibility well beyond her years. This openness to sounds that aren’t “run of the mill” is a crucial element to the sound Shalli continues to showcase in her music to this day.

It wasn’t long before Shalli’s talent took her in new directions. By age 12, she was writing poetry and by age 14 she was crafting lyrics to original songs. In her later teen years, she would perform some of these original songs with a musical group she helped to create.
The budding songstress continued to hone her image and powerful on stage presence when she stepped out on her own and went on an international tour. It was during this time that Shalli grew exponentially as a performer. However her focus as a solo act sharpened when she survived the Boxing Day Tsunami just 3 weeks into her tour. 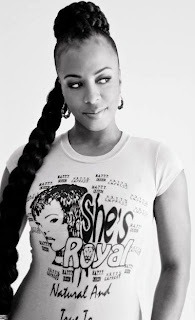 Shalli continued to perform at festivals, clubs and lounges in the Middle East, Africa, and Southeast Asia to ever increasing acclaim. Her childhood exposure to multiple musical styles bore fruit as she realized that in spite of the language barrier between her and the audience, her music was a language of its own that allowed her to bridge the gap between herself and many different cultures. This ability to cross cultural lines is a key feature of Shalli’s music that can be found in her songs today.

Shalli’s life experience is the soul of her music. With a style of creating music and lyrics that can best be described as “fearless”, Shalli’s upbringing and world travel allows her to incorporate a unique perspective into her music that few performers can hope to match. It’s apparent in the infectious, upbeat and wildly individual songs she has released to date.

Shalli’s talent cannot be denied, and neither can her growing popularity. In a short period of time, Shalli has established herself as a true artist who stands apart from her contemporaries. Her willingness to take risks musically has earned the respect of artists from the West Indies, to North America, to Europe and beyond. Her singular sound and melodic voice has won her many fans in those locations and beyond.

Shalli’s sound is the music of the future, and her time is now. 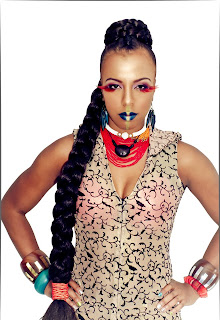 3375 I understand that it was noticed pretty early in your life, when you
were pretty young, that you could sing. Did you always think you could
sing?

SHALLI  Yes, I always knew that I could sing and loved harmonizing with other kids. I
always had a heavier tone than many of the other kids which stood out right
away as a child. I was the only 12 year old in the teen church choir. I did
however grow up around some power house singers which definitely kept me very
humble.

3375  So how did you come to the idea that maybe you could maybe do this for a career?

SHALLI   Ha! Now that is a good question simply because I had continued perusing
singing along with a few other things and found that the music always stuck no
matter what. I sang because I loved it but more because as time progressed I
realized that I just did not have the true love for anything else. I can be
sick, tired and even discouraged and still continue doing this. I haven't
felt that for anything else. With that, I knew in my heart I had to do this as
my career.

3375  How would you describe your upbringing?

SHALLI   Musical. Strict in some ways that I've now learned to appreciate. I grew up a
Seventh Day Adventist in church. My father was the more obvious musical
character to me growing up as he was a musician and taught me rhythm and
encouraged me to dance and sing. He played percussion. My parents also made
it a point to bring my sister, brother and I to their places of birth (Jamaica
and Dominica) quite often and made many sacrifices to do so. I thought it was
just family vacation but now that I look back I learned a lot of things
especially in the country side of Jamaica. How to clean, cook, hand wash...my
mom even sent me to school one day just for the experience. Let's just say
never again... I was so behind compared to the other students in Jamaica at
that time!

SHALLI   I began the process of recording a few songs and performing at various venues
with a band but bigger moves happened for me when I teamed up with good
management. This helped me learn more about the business, get noticed and work
toward developing my writing and image better.

3375  Why is it that there are still fewer successful female artists in a
music that speaks of equality and justice?

SHALLI   Women need to do their part of being versed in the business side of the
industry as much as they can and helping other women along the way is key.
Many of us are have worked so hard and are so happy to get to where we've
gotten to that we forget that true success happens when we can share the goods
with others. Now, I must say, some men who have the power to help with this problem
actually feel threatened by more diversity. Maybe that's the story of human
kind. Those with power want to stay in power. 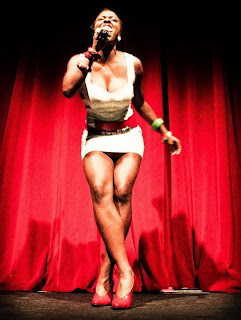 SHALLI   Dreams, a great track, acoustic guitar, sunshine, falling in love. Traumatic
events and stories of others. Sometimes I just sit and say 'God' I know your
going to give me the words and then wait for the spirit to move.

3375  A lot of artists whether earlier or later in their career become
producers. Do you see yourself working behind the scenes producing
other artist music.

SHALLI   I can totally see that. I have given my ideas 'behind the scenes' for along
time in may areas of the music industry, so it would be quite natural for me
to be a producer (with more advanced training on the technical side of
course) I'd love to do that!

3375  What is the most memorable thing a fan has ever done?

SHALLI   A fan once gave me a freshwater pearl necklace at one of my most difficult
gigs and it really made my night.

3375  What is your biggest musical accomplishment so for and why?

SHALLI   Expanding my range. Believe it or not I used to sing mostly alto and even
tenor. My talking voice is naturally not high and I probably abused my voice
a bit as an early teen belting it out in the gospel choir. I didn't realize I
could train my voice with practice to sing in a very high key until I simple
tackled those songs and gradually got better at them, slowly but surely.

SHALLI   I'm always touring. Just stay tuned to my Facebook where I post my tour dates.
Just look for 'Shalli'

Live performing could be disrupted by malfunctions of stage props and
could lead to devastating results. How would you handle one?

I've had this happen and I handle it with a bit of humor and then give the
people what they want ,my voice, even if it's acapella. In fact, people are
often relieved to see my personality without all the hoopla for just a moment.
Good opportunity to really connect with the audience.

SHALLI   Yikes, hopefully healthy and just a better more seasoned version of my self.
I would love to dabble in other aspects of the entertainment industry. You
mentioned producing, sure and hosting, speaking and acting. A home in the
tropics would be good too. 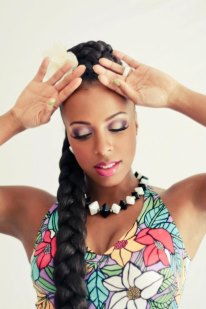 SHALLI   It's already begun with my new video singles 'Down In Jamaica' and 'Fire' ft
Orlando Octave. You will now begin to understand how versatile I am with some
new collaborations and some new sounds. I am so excited to show the world more
of what this Island Pop ting is all about.

3375  As a artist, what advice would you give to someone that wants to get
into the music industry?

SHALLI   Work on getting your craft (singing, performing etc) to a place you and
eventually an audience is happy with. You wont be perfect but you must be
happy with what you've worked on. Read a book on the music business, Google
it there are many and most popular ones are good. Hook up with someone,
family, friend, lawyer, coach who is versed in the music business to some
degree and can give you some basic consult.

Believe in yourself even before you have a product to sell. If you don't who
will. Cliche but true.