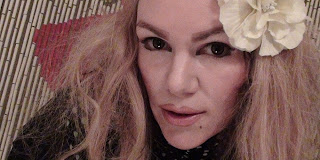 Sing & songwriter from Sweden. My name is Frida Linéa And aka Fridelina. I AM a multi-faceted artist from Sweden. I FEEL extremely fortunate to have been given the gift to create art and music. I SEE the world in my own way, and that's what inspires me to keep going. I KNOW that if I want something done right, I have to do it myself. I BELIEVE that through music, people will come together and remain one. I HOPE to continue with it for a living. Thanks for sharing your love and support for what I do. Love and light until the end. -Fridelina


3375  Tell us a bit about your background and your journey. 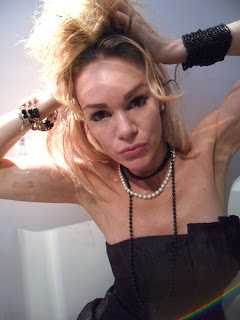 FRIDA  I am a sing & songwriter from Sweden. My name is Frida Linéa And aka Fridelina. Music has been my main interest as long as I can remember. I compose and write my own songs. I also like to dance, but I have never undergone any dance or music school, I'm self-taught. I grew up on a small island in the Stockholm archipelago. Today I live in a small village outside Stockholm in Sweden. I started recording my songs in a studio in 2012 and released my first two songs in November 2012. "Famous" and "Find Love".

3375  What is your dream, goals or what have you achieved?
FRIDA  My dream is to share my music! I want a record deal and an own studio. Right now, I pay for everything myself and it is not cheap. Then I want to be more involved as a producer. So my music get the right sound. It is important. Music is my life and I hope to continue with it for a living.

3375  What encourages you?
FRIDA  The will. I don't give up! It feels like a calling from above.

3375  What resources do you bring to the table that makes you unique or stand out?
FRIDA  I have many ideas and are very creative person. I'm very stubborn. I am a perfectionist and it's good qualities in this industry.

3375  When did you realize you were ready for what you are doing now?
FRIDA  As early as 2 years old I wanted to be a composer and started playing the flute. I discovered later at 4 years of age, that I could sing and dreamed of becoming an opera singer. Later I discovered pop music and there I am today.

3375  Name at least one person that you know that you feel others should learn about and why? 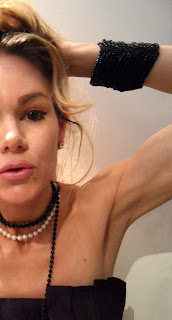 FRIDA  Mother Teresa. She was a good woman who helped the poor and helpless in the world. She showed love in everything she did. She said; "I alone cannot change the world, but I can cast a stone across the waters to create many ripples." And she did!

3375  When you fail, things look bleak or are not optimistic what makes you want to continue?
FRIDA  The will. The driving force to succeed. The inner voice. "I know I can."

3375  What keys to success can you leave for upcoming entrepreneurs and leaders?
FRIDA  (I say it again.) The will. If you have a business idea or similar as you believe. Then it's just to drive on. Adversity will come and go. But there is a part in the development. See the possibilities. Never give up!

3375  Can you talk me through how you work, what is your work process like?
FRIDA  Each song is unique in its own way. But I usually get a song in the head and parts of the text. It comes naturally. If I am out and not at home, I usually record on the phone. If I'm home, I record on the computer. As soon as I get time I start to play on the synth and sing the song and record. Then is usually not all of the text, completed. So when I'm done with the music. I fill them last text lines. Then I record the song, and send my "demo" to the studio. Then, I book time in the studio. And record the song.

3375  If someone wanted to capture the true essence of you as an artist — what song from you would you direct people to? 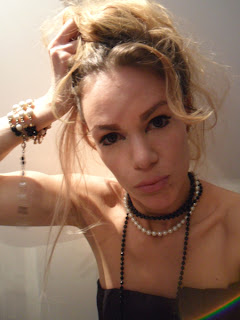 FRIDA  Wow, this question is really easy! There is a song that I actually work with now. "I am who I am" But it's not released yet. I hope to release it later this year. But the song is all about that. Me!

3375  What are your plans for the rest of 2013?
FRIDA  To continue to work in the studio. My next release will be soon, already this spring. I also have some collaborations with other artists.

3375  In the same vein, where do you want your career to be at by Christmas of this year?
FRIDA  That everything goes as planned. And I wish I had signed a record deal!

3375  Any shout outs?
FRIDA  Yes, a big shout out to all my fans around the world who listen to my music and for the support! It means a lot! Then my mom for understanding and support.
Posted by 3375 Magazine at 10:26 AM