INTERVIEW WITH UP AND COMING MUSIC ARTIST J SASS 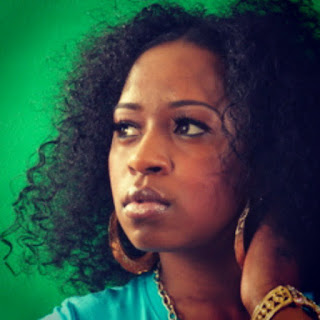 When most inner city girls are growing wide eyed over their first pre-pubescent crush, Jersey City’s J SASS was giving her heart to the art of Hip Hop. Penning her first rhyme at the age of twelve, she knew that her youth might be the cause of Hip Hop not giving her a second look. As with most relationships though, she was wise enough to know that she would need time to learn the ways of her new love, understand how to say the things that made it smile, that moved its soul. Taking her cues from artists like Salt N Peppa, MC Lyte, and fellow Jersey MC’s Queen Latifah and Nicky D, she honed in on the craft of writing and became confident that her first love would soon love her back.  Growing up in the concrete jungle of Jersey City, J SASS was no stranger to the hard work it took to get exactly what she wanted. Becoming Hip Hop’s favorite lady was no different.  “I knew I had to step up my game if I wanted to make a mark in Hip Hop and I was so overcome by the feeling that there was nothing that could stop me: notes The Queen of Jersey…a moniker dubbed J SASS by her scores of fans and always impresses media personalities.

Fast forward to 2013 and the love affair has grown by leaps and bounds. SASS gives Hip Hop her emotion, her stories and her voice and Hip Hop returns the love by giving her a worldwide platform on which to perform. The multi-talented artist has parlayed her reach and fan base into stints in modeling and acting. Creating videos that tell a story to staring in the soon to be released independent film SAMOT, J SASS has taken her love for Hip Hop and made it tangible. It is a love that her fans can feel each time she picks up the mic. It is a love that oozes from her when she performs and can be heard through the speakers whether she is delving into thoughts on beats about domestic violence or boding anyone who tests her skills on wax.

The young woman with a love for Hip Hop has performed in a myriad of arenas throughout the tri-state area and is extending her fan base day by day. She gives life to the mothers, daughters, sisters and wives who share their love of family with their love of Hip Hop. J SASS is an ambassador to her city and a proud mom of a young man whose delights in his mom’s gifts and shares her love for Hip Hop. 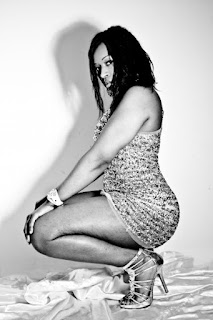 3375  The first time I heard you rap I was blown away. How do you feel about
all the feedback you have got thus far?
J SASS  WOW I AM THANKFUL & GRATEFUL TO FINALLY BE GETTING A LO T OF LOVE & RESPECT .
3375  What do you think sets you apart from the many new female rappers that
are popping up everywhere?
J SASS  WHAT SETS ME A SIDE FROM THE OTHER NEW FACES IS THAT I AM DOING THIS  INDEPENDENT . I MANAGE MYSELF, I'M A FULL TIME MOM , I HOLD A FULL TIME JOB & FULL TIME ARTIST WHO ACTS , MODEL & SUPPORT MY COMMUNITY OF JERSEY CITY .
3375  What is the best constructive criticism you have got thus far that you are currently working on as a new artist?
J SASS  MY BEST CONSTRUCTIVE CRITICISM THUS FAR HAS TO BE MY SKIN . I RECENTLY SHOT A VIDEO & I HAD A BREAK OUT ON MY CHIN. SO MANY PEOPLE SAID THAT I SHOULD NEVER GET ON CAMERA LIKE THAT AGAIN . SO FOR THE PAST 3 WEEKS I BEEN WORKING HARD ON KEEPING MY SKIN CAMERA READY AT ALL TIMES .  ANOTHER IS TO CONTINUED WRITING PAIN MUSIC, FOR SOME REASON PEOPLE LOVE WHEN I JUST SPEAK FROM MY PAIN & HEART.
3375  How do you feel about the female MC's on the radio today?
J SASS  I FEEL THAT IT SHOULD BE MUCH MORE ON THE RADIO . I ENJOY MUSIC SO I LOVED TO INSPIRED BY OTHERS . I AM ALWAYS PROUD TO HEAR OR SEE OTHER FEMALE MC'S DOING THEY THING !!! 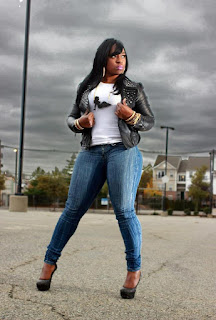 3375  Tell us about why you want to rap?
J SASS  I ENJOY RHYMING BECAUSE IT HELPS ME EXPRESS MYSELF. I USE IT AS THERAPY THE GOOD & BAD THINGS THAT HAPPENS IN LIFE . AND LAST BUT NOT LEAST I'M VERY GOOD AT IT LOL.
3375  Where do you draw your inspiration when it comes to writing your lyrics?
J SASS  I DRAW MY INSPIRATION FROM THE VIBE OR MOOD I'M IN AT THAT MOMENT. NOW IF I HAVE TO WRITE TO A TOPIC THEN I TRY TO FREE STYLE UNTIL I HIT A FLOW I LIKE THEN I FILL IN THE WORDS AS I GO ALONG. SOMETIMES I CAN COMPLETE A SONG QUICKLY & SOMETIMES IT TAKES ME DAYS TO FINISH WRITING IF I DON'T GET DISTRACTED.
3375  I let a couple people  hear your music in my city. They all said you
have that old school hard core female flow! What do you think?
J SASS  I THINK THAT'S COOL WE ALL HAVE A OPINION , & I THINK THAT'S WHATS MISSING -THE TRUE ESSENCE OF RAP. I BELIEVE I AM HARD CORE BUT ALSO SOFT, LYRICAL  & I TRY TO PUT A MESSAGE IN MUSIC . MIX OLD SCHOOL WITH NEW SCHOOL & YOU GET J SASS
3375  If you could perform in anywhere where would it be? And why? 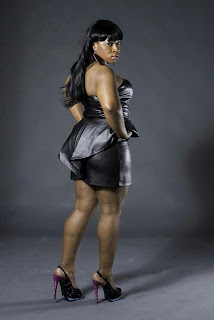 J SASS   IF I COULD PERFORM ANYWHERE IT WOULD BE NEW YORK CITY'S MADISON SQUARE GARDEN BECAUSE YOU HAVEN'T MADE IT BIG UNTIL YOU HIT THAT BIG STAGE. THAT WOULD BE A HONOR !!
3375  If you was on tour, who would you have open for you?
J SASS  IF I WAS ON TOUR I PROBABLY WOULD HAVE AS MANY FEMALES I COULD GET TO OPEN . I WOULD CALL IT THE TAKE OVER TOUR ...LADIES NIGHT EDITION .  HERE'S A FEW NAMES I WOULD HAVE QUEEN LATIFAH , MC LYTE , YO YO , LIL KIM , SALT & PEPPER , FOXY BROWN , MISSY & EVE.  NOW THESE WOMAN ARE NOT OPENING ACTS BUT THE THOUGHT OF BRINGING THEM ALL OUT ON STAGE WOULD BE AWESOME !!!! (HIP HOP DIVAS )
3375  What has been your biggest career achievement this far?
J SASS  WOW FROM BEING JERSEY CITIES OWN QUEEN TO BEING NAMED QUEEN OF THE ARENA  IN 2012 & NOW EAST COAST DIVA IN 2013 . I AM VERY EXCITED OF WHAT'S NEXT FOR MY CAREER . SKY IS THE LIMIT !!!
3375  We look forward to hearing more from you in the future, how can your
fans and my reader keep up with you?
J SASS  AWW THANKS YES YOU GUYS CAN FOLLOW ME ON TWITTER @JSASSTRMz MY SOUNDCLOUD IS WWW.SOUNDCLOUD.COM/J-SASS FB- WWW.FACEBOOK.COM/JENNIFER210 WWW.YOUTUBE.COM/JSASSTV
WWW.REVEBNATION.COM/JSASSTRMZ IG NAME IS @j_sassy 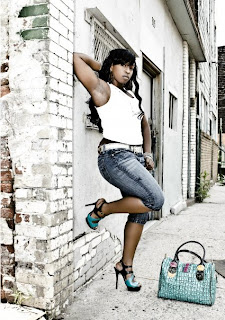 3375  Do you have any shout outs?
J SASS  YES I DO FIRST I WOULD LIKE TO THANK YOU FOR GIVING ME THIS OPPORTUNITY. THANK YOU FOR CHOPPING IT UP ME. ( GREATLY APPRECIATED)  ALSO I WOULD LIKE TO SHOUT OUT MY CITY SATE JERSEY CITY, NEW JERSEY ..... MY PR KHALIA FOR CONNECTING ME WITH YOU GUYS. SHOUT TO ALL MY SUPPORTERS & FANS THANK U VERY MUCH FOR ROCKING WITH ME SO MUCH MORE TO COME.
ALL THE ARTIST ON THEY GRIND KEEP PUSHING I'M OUT
LOVE
J SASS !!