INTERVIEW WITH UP AND COMING MUSIC ARTIST RAHSHON WILSON 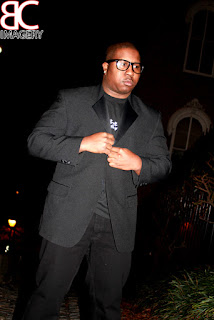 Rahshon Wilson is a 26 year old American Hip Hop Artist from Richmond, Virginia. He is an entertainer as well as true Singer, Rapper, and superb songwriter. Rahshon was raised in Richmond, VA where he quickly found his love for music through his family. His mother, and 3 of 6 uncles all sang in the Church choir. His mother would sing songs to him as a child,


and he would quickly learn them, and pick up the correct key and pitch. As an only child of a single mother, Rahshon spent a lot of time with his mother listening to her sing different songs, and observed the way she could change her voice depending on the song she was singing. Rahshon's gift of music initially was discovered at the age of five when he began freestyling with his uncles about being a kid, playing, and anything else he could think of.

In his early teens Rahshon began battle rapping all around Richmond, and coming up with neighborhood songs, making him very popular throughout his neighborhood and the area. Also, anywhere people were gathered to rap his Uncle "Kev" would take him and push him to present himself and give his best. This continued Rahshon's interest in music would and would later lead him to do things he never imagined. Rahshon Wilson perfected his craft in Paterson, New Jersey. He spent a lot of summers there with his Uncles "Prince," and "Ruler." They taught him how to have an Northern swag and how to be more lyrical than the rest using his mind and the every day things he saw around him. Rahshon's father played a role in his life early on but he has not spoken to him since he was 15 years old. Rahshon was first noticed by a local producer at the age of 16, at his high school's annual talent show.

Rahshon Wilson then proceeded to do numerous mix tapes and songs with the up-and-coming producers in the area. The person that he worked with on a consistent basis to better his craft was his cousin Timothy "Tylee East" Ketter Together the two of them created Rahshon's brand, and found what music he was most passionate about. That would be love, life, and being a lyrical assassin without cursing to get his point across. He began recording his material with just a microphone and a program on a desk top computer his cousin owned, and from there recorded at several local studios. Rahshon's infectious hooks, and ability to go from rapping to singing is rapidly catching the attention of numerous fans, friends and followers. Rahshon Wilson is a radio ready artist, currently performing at several venues where he immediately captures the crowd's attention. Rahshon is continuously referred to as lyrical force than can rap & and sing as a Lauryn Hill, Andre 3000, or Drake does. Music is his passion. It keeps him going. When Rahshon wakes up in the morning MUSIC is what he wants to do... And, if he could do 1 thing for the rest of his life MUSIC is what it would be. He works hard at his craft, and won't rest until he's where he pushes to be and beyond. 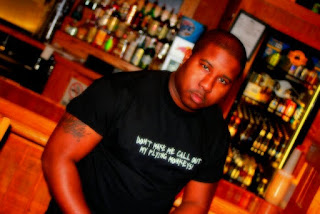 Jay: Tell everybody your name and what area you represent?
Rahshon: My name is Rahshon. Also known as Jada at Virginia State University, and Kiss in the streets of Richmond, VA.
Jay: How long have you been doing music and what made you get into music?
Rahshon: I've been singing and rapping since I was 5 years old, But I've been doing music on this scale for a year now. I got in to music by just hanging with my uncles and hearing them rap and trying it out. I loved the way it made me feel. It gave me a creative rush.
Jay: How would you describe your style and best attribute as an artist?
Rahshon: My style is feel good, lyrical music. Singing or Rapping. My best attribute as an artist is probably my lyrical content. The people would know best though.
Jay: Tell us your greatest experience thus far as a music artist and why?
Rahshon: My greatest experience thus far as a music artist is speaking face to face with label execs, and actually knowing that regardless of my circumstances someone notices my music. It’s a good feeling.
Jay: What is the biggest challenge you face being an artist?
Rahshon: The biggest challenge is within myself, the will to keep pushing when I feel like nothing is happening or progressing. Also, trying to make it in the city I live in. I'm not rapping about hustling, and killing people or faking in my music. Those that do seem to get the most love here.
Jay: Who would you like to collaborate with in the music industry? Why?
Rahshon: Kanye West, Jay-Z, Drake, Rick Ross, Wale, Andre 3000, Ne-Yo, Rico Love, Brian Michael Cox. They all lyrical people that I respect and I admire what they bring to every track.
Jay: So how do you feel you rank against top music talents today? Why? 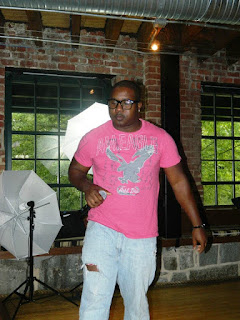 Rahshon: I really don't know. I feel like the music I make can definitely be on the radio and worldwide. But, there's a lot of talent in the world. I just try to make the best music I can make and hope that it’s received well.
Jay: What are you working on now, and when can fans expect to hear more from you?
Rahshon: Currently I'm working on a few collabo's with other artists and I'm set to drop an EP Album of about 6 songs next month. The fans or people that support me can check me out on RVA's Co-Op Album that's in the streets now, hosted by @804Kane on Twitter.
Jay: Give readers one tip about pursuing their dreams?
Rahshon: You may want to quit but you should never give up on your dreams. Once you do there's nothing else to look forward to. Shoutout to all the DreamChashers.
Jay: So what do you want to accomplish as an artist overall?
Rahshon: My goal is to sign to a major label, have music as my main source of income, live comfortably through music, and have my music heard all over the world for a long time.
Jay: If music never existed, what do you think you would be doing?
Rahshon: If music never existed I would focus more heavily on sports, and put all of my efforts into that. Basketball, Football, and Baseball.
Jay: Tell us your influences and inspirations?
Rahshon: My mother, my uncles, Lauryn Hill, Rakim, Kanye West, Drake, Andre 3000.
Jay: What do you think of the “R&B and Hip Hop music world right now?
Rahshon: I think the music is in a fun and creative state. Everyone is having a good time. Sometimes it may lack lyrical content though. Back in the day if you didn't have real lyrics you weren't in the game at all.
Jay: What quote do you feel best represents you?
Rahshon: “Never Settle.”
Jay: What music do you have playing in your sound system right now? 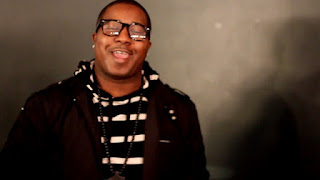 Rahshon: Rick Ross’ “God Forgives I Don't” It feels like an instant classic.
Jay: How can business heads and fans contact you in the future?
Rahshon: I'm always on Twitter which is a great place to network so you can hit me there @RahshonIs_Music or they can send me an email at rahshon.wilson@gmail.com
Jay: Do you have any shout outs?

Rahshon: Of course. Shoutout to everyone that believes in what I'm doing. Shoutout to my Mother, My baby sis, my big brothers Tyvon, JH, Big Russ,Show, DJ Expo, Ean, Big Drew, B Sounds, Nicole, Uno, Lauren, Trev and the rest of GRINDTIME, MReese, GNation Crown, Sammi Gemini, Sherita, ImASassyBoss and the whole GNation. My Model Wife Leah Michelle. Also, shoutout to the PShow and REPNVa IRadio. Both are great outlets for unsigned artists in the city of Richmond. Last but not least shoutout to Ryde4Mine Ent & 3357 Blog for interviewing me and giving me a chance.
Posted by 3375 Magazine at 9:22 AM