INTERVIEW WITH UP AND COMING MUSIC ARTIST HIPOST 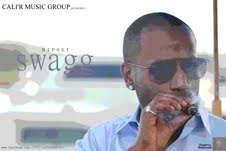 realized his love of and talent for music. For two
years HIPOST was a 1st chair cellist for the Long Beach All
District Orchestra. It was at that time HIPOST first envisioned himself as a
future musical force to be ‘reckoned’ with.
After graduation from Culver City High School and subsequent to
graduation from the Lee Strasburg School of Performing Arts, where he
studied music composition and acting, HIPOST soon formed his first group
known as“PI-DA-DE” (pee-da-day) with his best friend; a group of three rappers
and a vocalist. The group soon thereafter captured the attention of recording giant
EMI and inked a deal, But before the ink dried the deal went sour due to label
complications.

Now solo with his first album completed, which he is
currently promoting his new single "SWAGG" nationally thru the Cali’R
Music Group label with features from (lil wayne, jagged edge, Aja Lorraine, kokane and more).

He has toured extensively as the opening act for
E-40,Too Short, Chris Brown, and Jaime foxx
just to name a few. This seasoned ‘class act’ artist is
definitely ready for main stream exposure.

How did he get the name HIPOST?

His high school classmates gave him the nickname because he
developed a high class taste for preppy clothes,
attending polo matches and symphony orchestra
performances (his first love being the cello).

Due to the void of positive imagery in the industry, setting
and maintaining a positive image is paramount to
HIPOST for the longevity and preservation of
Hip-Hop for future generations to come. He not
only appeals to the hip hop generation, but his
debonair, sultry form of rapping has captured the
hearts of the ‘seasoned’ generations alike. 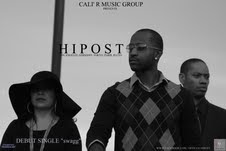 HIPOST  My style doesn't really have a form to it, I'm like an actor i become what ever character is best for the roll of the story. I make music for the masses i'm a people person. My album consist of rap, Rock, Reggaeton, Dubstep and R&B, I just love music i understand it and its the only thing that seems to understand me...lol truestory

3375  Tell us your greatest experience thus far as a music artist and why?

3375  What is the biggest challenge you face being an artist?

HIPOST  Biggest challenge is finding people to relate to. Everyone is just way to hungary these days its a dog eats dog game. No one loves the music anymore its just about gettin paid..thats lame. this is an ART, NOT A HUSTLE.

3375  Who would you like to collaborate with in the music industry and why?

3375  So how do you feel you rank against top music talents today? And why? 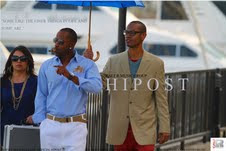 HIPOST   I feel I'm the worst thing that could happen to these " top music talents today" ...lol these rappers arent that good, they dont have any range its pretty much what you see, is what you get with them there are no surprises, they aren't stars they're extras.

3375  Give my readers one tip about pursuing their dreams?

HIPOST  Make sure you're chasing YOUR dreams and not someone else's.

HIPOST  I want to create a new lane, I wanna take music some where it hasn't been. I'm trying to make a name for my name. " They can have the car, the crib, the jewelry but the name stays here, it got my daddy blood on it"..thats Ike Turner..lol

3375  If music never existed, what do you think you would be doing?

HIPOST  Music, I would have been the first. 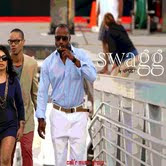 HIPOST  My influences have been anyone I've heard music from, anyone. I really pay attention to what artist are saying and doing and to what kind of reactions they get from what type of people and why.  Than I take all the good parts and make them my own...straight jackin


3375  What quote do you feel best represents you?

HIPOST "Some like the finer things in life and... some are."

3375  What music do you have playing in your sound system right now?

3375  How can business heads and fans contact you in the future?

HIPOST  Shout out to my boy "wicked", Jackie Dee, My right hand Nomie Nom and Amber, kalikid, teflon don, Erion
Posted by 3375 Magazine at 8:07 AM