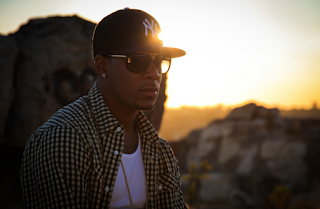 Seemore Cash was born in Kansas City. He was raised by his single mother on the Northside of Minneapolis, Minnesota. Cash had a large family and a crowded home. He needed an outlet to get him out of the house. An avid basketball player at heart, it was only natural that he would use the sport as such. Seemore focused on training in hopes of a career at a professional level. His free time spent with music. Unfortunately, when his coach suddenly died, Seemore no longer felt the same connection to the game as he use to. His grades started to slip, he lacked focus and everything suffered. His disconnection to basketball made him resent the sport all together. He would soon drop out of college. In need of another outlet, he moved to Los Angeles, formed a group and began performing in California. The crew created a buzz on the Hollywood scene and an independent label took an interest in the group. They would soon drop out during negotiations due to conflicts between group members. Cash felt that efforts were not matched by others in the gang. He took the label dropping the deal as a sign to move past the plans intended for the movement. He went on as a solo artist shortly after. Seemore Cash continues to keep the watchful eye of his loyal fans and to make music that sets a new precedence for the HipHop Industry.Keep your eye on the sky; he's about to Touchdown...


3375  So tell me how did you begin your career as an music artist?

SEEMORE  I was always writing; probably from the age of 11 or 12. I was also very passionate about Hip Hop music. I started recording at 15. And it just took.

3375  Do you have a upcoming project that your working now?

SEEMORE  Yes I do. I'm working on my next mixtape 'LA PASSIONE'.

3375  How would you describe your sound of music

3375  What are some goals for your career/music 3yrs from now?

SEEMORE   I'd like to have a couple albums out. To have made my mark in the industry. To take Hip Hop back to its glory days.


3375  Can you describe the process you go through creating your music?


SEEMORE   There is no exact process I go thru when I write. But I usually write my best music when I'm going thru things. Even if it be things that are just going on around me. Things that affect me in a type of way. Sometimes I will write to beats that move me. Recording is a whole different process. I'm probably my own worst critic. Pushing myself constantly. But when I'm finished with it, I'm more confident then ever.


SEEMORE   Heavy in the game. I won't stop till I get to where I feel that way.


SEEMORE   Some hot singles droppin shortly off of the 'La Passione' mixtape. Some exciting collaborations. A new movement. Touchdown Gang!!!


3375  Who have you worked with (underground or not) during your career?

SEEMORE   God. My family. My crew. Lord knows it's been a ride. Everybody supporting me out here. All love.
Posted by 3375 Magazine at 1:33 PM