Kymberly Nelson is a Entrepreneur and Blogger.  She has a Bachelors of Science in Accounting.  Kymberly worked for the Office of The Chief Financial Officer for the District Government in Washington DC for many years.  Due to the economic downfall, she saw many companies and government agencies downsize which  frightened her. Kymberly realized that she had to gain financial security on her own with efforts of providing a comfortable life for her daughter. As a single parent, family was her first priority.  She was seeking other opportunities to make money outside of her 9 to 5.  Initially, she created her blog "Realtalkwiththe1hbic.com, as a hobby to voice her opinions about everything that she had an interest in.  Kymberly have the gift to gab and she have been blessed with the talent to write.  She didn't realize that monetizing a blog was possible and could be very profitable.  She came up with the title of her blog from her alter-ego, her motorcycle club name The1MsHBIC.  H.B.I.C. stands for the Head Beauty In Charge. Kymberly started riding motorcylces in 2006 and she joined an all female bike club called Make Way Divas.  She was the face of the club as the club's promoter.  Kymberly felt that her name was unique and made her stand out.  She gained popularity really fast within the motorcycle community.  Since then the name has stuck with her.  Her blog is a full entertainment blog.  She voice her opinion on a wide range of things. Her blog has developed a small following.  She have written several articles for other sites such as Bintentional.com, BlackLoveandMarriage.com and TheLoveQuest.com.  She have written many articles providing sexual advice to couples.  She in tune with her sexuality.  Kymberly know the importance of a healthy sexual relationship. So she wanted to help couples strengthen their relationships.  After those articles became fan favorites, her followers began to email me requests on different topics. Kymberly have spoken at events to couples and themed parties about the importance of sex. That inspired her to self publish her first sexual self-help book for couples titled "Spicing Up Your Sex Life to Strengthen Your Love Life.  Now, she promote and host parties locally. She aspire to manage and promote local talent.  She also writing her first novel.


Kymberly is very involved with giving back to her community.  She love to donate her time to different charities such as Habitat for Humanity and Bread for the city just to name a couple.  She also hosted Charity events for a couple of Motorcycles Clubs.  She has another blog devoted to teen girls "Diva.com" and it is geared towards helping teen girls build self-esteem.  Kymberly is looking to meet with a group of local teens weekly to help empower them to become respectable, productive, responsible adults. 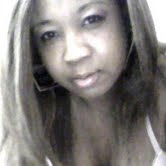 KYM The1MsHBIC is a confident, intelligent and a generous person.  I try to be the best person I can be.  I am very independent and self sufficient.  I love to uplift others by helping them any way that I can.  I'm very loyal and dedicated to the people that mean the most to me.  I love to laugh and have fun.

3375  What made you want to ride motorcycle?

KYM My dad loved to ride motorcycles and would to tell me stories about his adventures.  And, I love speed! I love fast cars and motorcycles.  I've always thought that women on Motorcycles were awesome and something about it is sexy.  One of my good girlfriends gave me the push that I needed to actually take a class to get licensed.


3375  One of my favorite quotes  is “Focus on the present, and enhance your time and life now rather than always working toward tomorrow.” With balancing a successful career and family, what do you do for yourself to help keep from getting stressed and stay in the present moment?

KYM  That's a great quote.  I might have to steal that one. I love to be around my loved ones.  Just a relaxing evening with my family and friends, filled with laughter is extremely relaxing to me.  I also make sure I find time to myself to do whatever it is that I would like to do.  I like to pamper myself weekly because when you look good you feel good.  Good times and good feelings eliminate stress.  I also play kickball for the UIKL League here in the DMV for team We All We Got, that is a great exercise.

3375  Oprah believes the universe whispers subtle clues to us about the direction we are meant to go. What were the whispers that lead you to becoming a sex educator on safe sex?

KYM  Well I wouldn't necessarily label myself as an "Sex Educator" because I don't have a PHD, I'm flattered by the reference. What lead me to helping others was my experience.  I was in a 10 year relationship and throughout the years we had periods where we wouldn't have sex for an extended period of time.  My partner at the time and I, were both very sexual and didn't know what happened to our wonderful sex life. It was frustrating to say the least. At work I would hear other women/men complain about the same thing.  I realized that most people cheated due to lack of sex at home.  I had a very faithful partner, as I was to him, so I researched ways to improve our sex life.  After successfully improving my sex life, I wanted to help other monogamous couples achieve the same success.

3375 Sex is a topic many of us feel uncomfortable talking about. How can couples begin to overcome that and learn to talk more openly about their sexual needs with their partner?

KYM  For many reasons, sex can be very taboo for some couples to discuss.  Some people have been brought up not to speak about sex. There are some people that had bad experiences in their past that makes a sexual conversation uneasy.  But, if you want your relationship to succeed you have to get to the root of the problem.  Couples have to understand that communication is the most important tool in their relationship.  Communication can make or break a relationship.  Your spouse should be that one person that you can open up to about anything.  If someone is having trouble verbalizing their needs, I would recommend writing little subtle notes to your spouse, expressing your desires and/or fantasies.  That is always sexy.  Buy some sexual games that would be fun and help express what your feeling.  If someone is having extreme difficulty with expressing their sexual needs with their spouse, I recommend that they speak to a professional counselor to help them work through their issues because there maybe a traumatizing issue lingering that must be dealt with in order to have a successful sexual relationship.


3375 For all the busy parents out there, what tips do you have for overcoming a lack of energy in order to keep sex a priority?

KYM  In most households, there is an imbalance of duties.  More than likely, the Mother seems to have more duties with the kids, work and taking care of the household.  This leaves the Mother feeling exhausted and overwhelmed.  Therefore, she detaches from her spouse emotionally. For most women, sex is emotional. Where as the Father will most likely be more of the provider financially and have more free time.  I think that if the duties were split up somewhat equally, there would be less stress and that would create a balance.  A balance will subsequently create more free time and energy.  Also, when working together, the woman will become more appreciative and emotionally invested in pleasing her man ultimately, making sex a priority.  Sex is also a natural stress reliever, if more women would understand the health benefits from having sex, I believe that they would put more of an effort into making it a priority for themselves and not look at it as a chore, as many of them do.


3375  With all you have accomplish how difficult was it being a single parent?

KYM  Being a single parent is extremely difficult.  Even though I had help from my family and my ex who wasn't my daughter's father, it's overwhelming to try to fill the void of an absent parent.  I found myself trying to over-compensate my Daughter and so she wouldn't feel unloved by her father because she was desperately seeking his love and affection.  Which really left no time for myself outside of work. I had to come to grips that all I can do was love my daughter and claim anyone Else's burdens.  But I had to make time for myself to do things that I loved to do like writing, donating my time to help others and interacting socially with others.


3375  You are in the process of writing your first novel how is that coming along?

KYM  My first novel is in the final stages of completion.  I generated interest by posting bi-weekly installments on my blog, which since have been removed because I had a publisher that was interested in publishing my novel.  I'm looking to complete the novel by the end of the summer.

KYM  I will continue blogging.  I am looking forward to start my own entertainment company in the near future.

KYM  I can be contacted via email at the1ms.hbic@realtalkwiththe1hbic.com
Follow  me on twitter: @The1MsHBIC
Like  me on Facebook:http://www.facebook.com/pages/RealTalkWithThe1HBIC/158226570904942
Connect  with me on MySpace: http://www.myspace.com/home#!/realtalkwiththe1hbic
Join  me on Stumble upon:http://www.stumbleupon.com/stumbler/The1MsHBIC/

KYM  I would like to shout out my daughter Danche, My parents Joe and Cat, My nieces and nephews, My good friends Crystal, Theresa, Tina Marie, Denetra, Barbara, Gwen, Eric, Reggie and Peachie Williams, My cousins Tiffany and Chevi and last but not least, My special friend Reginaldo!
Posted by 3375 Magazine at 3:04 PM