INTERVIEW WITH UP AND COMING MODEL MONA LAFE 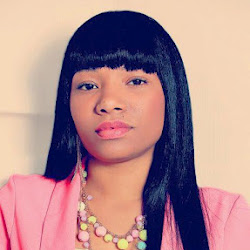 Born and raised in the sunshine state of Florida.  Described as the sexy, humble, friendlycountry girl. Model Mona Lafe appeared with the glow of energy to intensify theentire state. From the small city of Cocoa, Fl, Mona was the outgoing athleticgirl that stayed focused in school. Sports played a major role in Mona’s personality development. Geared with her beautiful smile and attitude for success, Mona moved to Tallahassee,Florida to continue her higher education. In 2008, Mona Lafe receive her Bachelor of Science in Information Technology. Working a 9 to 5 was not Mona’s ideal career in life. Inspired by family and friends Mona Lafe decided to conquer her dreams.

With her giftof beauty, Mona Lafe ventured out to take on her dream to model and be a fashion jewelry designer.  Compliments toher slim waist and size 45 hips, she has captured the attention of many photographers, promoters and artists. Three months ago, Mona made her debut in BDM artist Lboogies’s  “I see you looking” video. Becoming the first model for Backdoor Movement South ( BDMSouth). Then after, she as appeared in videos with Mook Boy Fly Goon, Lens Baller, Wesfif and many more.  MonaLafe is breaking ground and has begun to lay her foundation. With such a greatstart, Mona’s career continues to elevate to the next level.

MONA  Currently I’m a full time model and promoter. I mostly do print and video modeling. I make appearance with artist,as a promo model, at events. I’m grinding everyday getting my fan base numbers up. I want to start hosting at night clubs so I been busy planning my first event.

MONA  A friend of mines was shooting a video and he needed a model. He ask me would I be interested in doing it and that all I had to do is look cute on the beach. During the shoot, which was shot at Fort Lauderdale beach, I got so much attention. Duded were asking me who I was? If I was a model? I enjoyed making that extra money so much I decide to get in the game.

3375  When you first found out you want to do a shoot, What was the thought going through your head about actually shooting?

MONA  I was stupid nervous for one, being that I had no idea on how to pose or what to wear. I real was doubting myself. I’m a woman of confidence and adventure. So I over boosted my ego. I went to the shoot and rocked it.

3375  What have you learn as a model so far that can aspired some else?

MONA  Beauty is within. It’s up to you(The model) to out shine and display your individuality of beauty for people to notice. People love confidence so embrace who you are and let the world get to know you.

MONA  Of course. We where shooting on fort Lauderdale beach during spring break and there where so many people out there. (OMG) Then I had on a two piece bathing suit for the first time and about a year. So I was a lil worried about my butt hanging out everywhere. But the OMG’s and whispers of “ who is that” confirmed that the people were loving what they saw. So the nervousness went away

3375 What are some great piece of advice you have receive?

MONA  1. Don’t let nobody define who I am.
2. Keep my image where I can have a full range of opportunities.3. Build a business relationship before you build a sexual relationship if you want to make real money in this game.

MONA  Hopefully. I actually just received a script for a movie this week that I’m going to audition for. If all goes well, I’ll start shooting the beginning of July. I’ll keep you posted.

MONA  WOW! Uummmmm The number one thing is a humorous personality. I am a clown at heart and I love to smile and joke around. He must be a motivated go- getter. I also look for someone that can understand my upcoming ( the struggle). 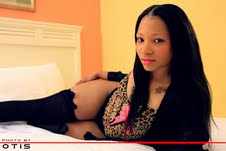 love to smile and joke around. He must be a motivated go- getter. I also look for someone that can understand my upcoming ( the struggle).

MONA  I played vollyball, basketball and ran track. Basketball was my favorite. I even played basketball for my junior college.

3375  I understand you have a Bachelor in Science Information Technology? How do you feel about accomplishment?

MONA  My biggest accomplishment to date. I’m very proud of myself . I am proven fact that hard work and dedication pays off. There were many obstacles that tested my strength. Those obstacles are what motivated me to continue because I love to prove people wrong and dance in my spotlight of achievements.

3375  Tell us about your other passion of being a jewelry designer?

MONA  I have always loved fashion jewelry. Jewelry is like the foundation of an outfit. It helps transform any outfit into what you want it to be. It gives that sense of confidence and completeness to your style. It can increase ones self confidence knowing they have on an eye catching piece of jewelry. I want to use my passion for fashion jewelry to design unique pieces that can be diverse in all genres of fashion.

3375  Thanks for allowing us to interview you? What are your contact information?

MONA  S/o to my BDM ( backdoormovemt) Family, photographer Eddie Taylor, Otis jackson, My friends and Famil. S/o to all my fans that continue to motivate me to do more. Thanks a Lot!!!