INTERVIEW WITH UP AND COMING HIP HOP ARTIST TRIN 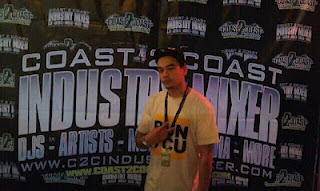 Trin is a 26 year old army veteran now hip hop artist. He first got his big break in Hawaii when he received national radio play for a song call "Life of a star" It was an instant hit and led to him to open up for artists such as Bone Thugs, Talib Kweli, Paul Wall, and meeting Kanye West in the studio and so forth. Trin live in Richmond Virginia where he is managed by Jay D'amour of Ryde4Mine Ent. Since moving Virginia, he has done several showcases, but on March 1,2012 he recieve a call to perform at SXSW in Austin Tx. Trin performed in front of a grammy nominated producer, Ron C (ceo of swisha house) and 2 other judges. He scored a 77 out of 100. Since then, he's been asked to perform in Cleveland, North Carolina, ATL, NY, and Louisiana. He's style is unmatched, and he's grind is like no other. Trin network speaks for itself. Trin has a huge arsenal of songs already on top of the 3-4. He usually write during the day and night. When performing on stage Trin shine bright when he is on stage. Because music is what he love..Trin was quoted saying " I am not into that whole trap music/gang banging theme, i am more so party focused have a good time kind of vibe." 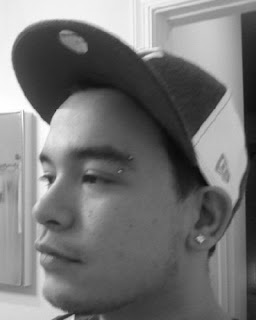 3375 Who is Trin, and how would you describe what you do?

Trin Trin is the next big thing. I'm more than just a hip-hop artist, I am a visionary. Whether I am in the studio, performing, shooting a music video, or just thinking about the music industry in general, I always picture how I am going to do it bigger than the last person. It's hard telling people "I rap," so I tell them that I am a musician. In the end that's what I am, and music is what I do.

3375 You have a very timeless sound and style.. A mixture of smooth R&B, Pop, Hip-Hop, (and many other Top-40 genres)... When did you realize that real musicians don't limit themselves?.. and is it possible for you to pick a favorite genre of music?

Trin Thank you. Yea, I try to do a big mixture of styles of music to give each person something to listen to. When my album Illuminati drops, there will be something for everyone, Hip-hop, r&b, pop, even a little twist of rock and roll because I don't want my fans and new listeners to get bored hearing the same type of song every track. If you don't like one song, I am sure you will like another, trust me haha. I realized actually on my own, that I can't just limit myself to making one style of music, because my fanbase would be limited. If I did have to pick a favorite genre of music, it would definitely have to be hip-hop, that's where my heart is.

Trin I actually shortened my last name, Trinidad, to T.R.I.N. which also stands for "the real is now." Marinate hahaha.

3375 Can you remember back to when you first discovered Hip-Hop?

Trin I first discovered hip hop more so when i was an early teenager, around 14 or so. I say that and people are like "oh no, i used to listen to so and so when I was like 9..." but then i tell them, listening to hip-hop and actually embracing and understanding the culture are two different things. It's around the same time when i wrote my first couple of verses and came to realize that this is what I want to do.

3375 I always give artists the chance to reflect on what they have been through (the good, the bad, and the ugly) to get where they are today.. Let's touch on Trin's journey for a moment.. What was life like for you growing up? 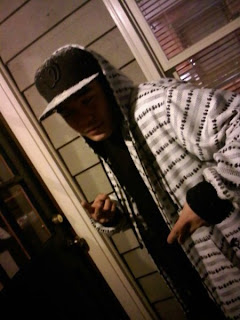 Trin Growing up was not rough at all. I was fortunate enough to have my parents there for me. My dad was in the Army when I was growing up, then after he got out, both of my parents worked all the way up until me and my younger sister graduated high school. I wasn't born rich though, but one thing my parents drilled into my head was to make due with what I got, and what I need, will come to me if I work hard enough for it. Of course, with all journeys, there are some bad roads that we have to travel. I was in the Army from 2005-2009 stationed in Hawaii. While I was there, i released the song "Life of a Star" ft. DJ Malakai, and it was an instant hit. The radio DJ was Krystilez, and he heard it maybe for like 45 seconds, told me to adjust some of the levels on it and that same night, I got my first national radio play. That jump started a lot for my career but with all good comes bad. I reached the end of my service contract and had gotten out of the Army. Living there was expensive so I had to move back to my home state of VA. So just when I thought I had it all, life got in my face and said "try again."

3375 What are your views on the Virginia Hip-Hop/Music scene at the moment?

Trin The Virginia music scene is on the move. There is a lot of local talent in Virginia. Artists like Red Rum, Nickelus F, Famlay, Pusha-T, Malice, Chris Brown, Trey Songz, and Skillz, just to name a few. One day though, Im gonna be there rockin wit them.

3375 Who would you say are your musical influences, and why?

Trin My influences in music are Eminem because that man is a lyrical genius, Busta Rhymes because of his delivery, 2pac because of the attitude, and of course Biggie, because every song he made was a hit. Each of those artists have done different styles of music and they have all done it well.

3375 With the major label system going down quicker than a Vegas hooker a lot of people believe this is a great time for indie artists.. What do you think?


Trin This is definitely the perfect time for Indie artists to get a fast jump start. I remember watching the movie "Socail Network" and the dean said "its better to create a job than to find one" so i applied that with music. I don't have to pay a distributor to put my music out, I don't have to pay a label to put their symbol on my CD case, I can just login to my reverbnation page and release whatever I feel like, and with the way the social networks are blowing up, its almost impossible to not have at least some type of following, a lot of it is just how hard you work. 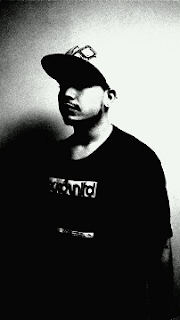 3375 The major label system will NEVER be the same and produce those major dollars and deals because the indie artists got tired of begging for a deal and getting rejected.. Indie artists are smarter now, and technology has provided the tools to create your OWN label, buzz, $, etc.
What's your favorite Gangster Movie?

Trin Do i got to pick just one hahaha, nah but for real, it has got to be Goodfellas.

Trin I can be reached on twitter @trin804 and yes i respond to EVERYONE and i FOLLOW BACK. I can also be heard on reverbnation.com/trin804.And by email at therealisnow@gmail.com

Trin Definitely got to shout out 3375 magazine, Ryde4Mine Ent, my manager Jay, my girl Jayme, my producer Smallz, David b Goliath, Da kennel, Dj Flaco, Kulture glass shop, my family, my fans, and most importantly GOD.
Posted by 3375 Magazine at 6:01 PM