INTERVIEW WITH UP AND AND COMING MUSIC ARTIST RICHIE WESS 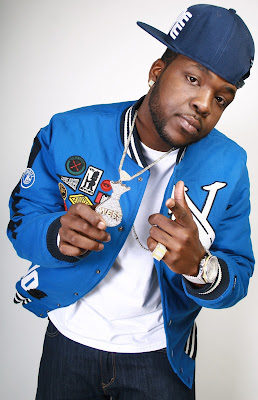 Born in QUEENS, NY Richie Wess moved to TAMPA, FL where he would begin starting his young career with his cousin DJ Spinatik. Wess was influenced by Run DMC, at an early age. His father produced many music videos for Russell Simmons Def Jam in the early eighties and Wess took a liking to the music and the business.
At 4 years-old he played in an urban movie as the lead’s son in "The Last Boxer". At 6, he was performing for his family and friends, and by 10 years-old Richie Wess started to write down his ideas and started rapping to friends and family members, then later entered into rap battles in the streets and school. The word was out that he was up next. From March – May 2003 he was performing as the Opening Act with the “Def Jam Vendetta Tour 2003” with Joe Budden, Method Man, Capone & Nore in Tampa, Orlando and Jacksonville.
He also was the opening act for Lil Jon & The Eastside Boyz and later that year dropped his 1st album at only 15. Now he's the CEO of YTC Entertainment Group along with Yung Dred, his younger brother. YTC Entertainment has been independent for the last 3 years releasing such singles as “Shawty Is A Freak” Ft. Sammie & Yung Dred which peaked at #65 on Billboards Urban Top 100 in 2011.

You probably heard Richie Wess in the streets, on one of his many collaborations with Lil Boosie, Gucci Mane, 2 Pistols, Brisco, Smitty and The Game. Richie Wess is heavy in the mixtape circuit and has dropped 8 mixtapes with DJ Spinatik. He is now ready to take over the airwaves once again with his **New Single** “Put it Down” Ft. Def Jam Recording Artist Verse Simmonds! Put It Down will also be featured on Richie Wess' upcoming project "Joints Ova Blunts" slated to drop 6.6.2012.

RICHIE I started rapping at age 9 in a group with my cousins. I knew it was my dream in highschool.

3375 So when did you record your first rap track?

RICHIE I recorded my first track at age 9 called "It's All Good" on a tape deck. I did my 1st in studio track at 15 and released my 1st studio album at age 16.

3375 What city/state are you holding down?

3375 Is there anyone past or present that you would say you sound like?

RICHIE I don't sound like anyone. I'm a natural student of hip-hop so I have influences, but I have my own unique sound overall.

RICHIE I look up to Nas, Outkast, Sean Carter. I respect what they did in their career I know it's hard to have such longevity and growth in this industry.

RICHIE It's 100% Me. What I been through, what I'm doing currently, and what I will be doing in the future. My style is versatile you can't label me one way.

3375 What made you wanna get a career in the music game?

RICHIE It has always been my passion, once I got older and started understanding the industry, I wanted to start my company YTC ENT and make it a career.

3375 Who are some people you would love to work with in the future Male or Female rapper/singers?

RICHIE Andre 3000, ,Mary J, Nas, and whoever wants to work with Richie Wess.


3375 How long have you been rapping and performing?

RICHIE I've been performing since I was 15. The Def Jam Vendetta Tour was my first major stage I rocked.

3375 Is there any Music Lable that you would like to be signed to that fits your kind of music?

RICHIE I'm really focused on building my brand, and doing some joint ventures with a major. I like what some of these camps are doing also like Good Music and MMG.

3375 Whats something you want the world to know about you?

RICHIE Richie Wess makes DOPE music and J.O.B is out now go check for yourself.

3375 Where can people go to check out your music?

RICHIE Shoutout to my artist Yung Dred & My Dj Spinatik. Shoutout to everyone supporting the YTC movement.
Posted by 3375 Magazine at 2:59 PM