INTERVIEW WITH UP AND COMING MUSIC ARTIST JAI LOVE 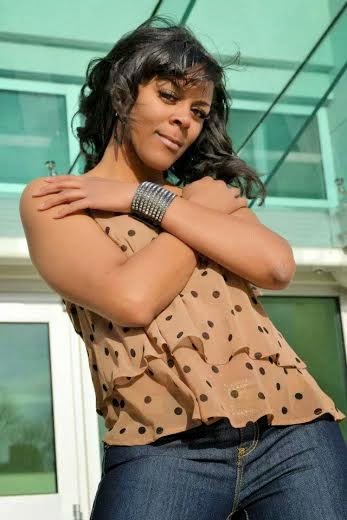 On August 18, 1988 a star was born. At an early age Jai Love started singing in the church choir to follow her mother footsteps. Jai Love eventually converted over to hip hop after having her first experience in the studio with her older brother “Lil Ced”. Jai's unique husky vocals have caught the attention from her large fan base in Huntsville, Alabama. She has worked with several artist around Huntsville such as CJ DA DJ, Jay Valentine, Gritty Boi, Swagg Buddies Lil Ken, Cece Certified Bama Gurl, No Remorce, Chevy Lady, is just to name a few. As well as with Tana formerly known as Montana Da Mac, Q Pee, JawGa Boi, and Big Sam from lil Jon and the Eastside boys all from Atlanta, GA. Jai Love was part of Polarized Ent and then decided to part ways to do her solo projects years later. She now is managed by Michelle "Mimi" Parker. Jai's hit single "I’m Crazy" has been heard by many ears and have performed at many events in the surrounding area as well as in Atlanta, GA. She has won several showcases from Huntsville to Atlanta with Urban Vision Road to Stardom Contest being one. She was also nominated for female R&B artist of the year at the Urban Vision Award Show in Atlanta, Ga. Today, April 2014, she is nominated for best female r&b artist for the SMC Award Show in Memphis, TN.  Jai Love, back in 2012, teamed up with Jimmy Heart, the television champion, and the spin city radio family where she had her own nights, Wednesday at 7 pm cst. 8 pm est, where she broadcasted #TheLoveZone onspincitydvd.net. If you are interested in booking Jai Love for any shows, hosting events, for networking or if you have any further questions please email Jailovebooking@gmail.com or contact Michelle at (256)429-8415 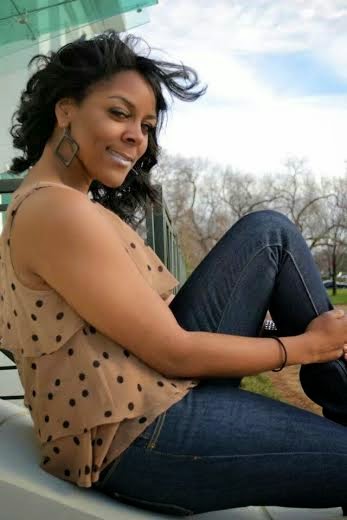 JAI  My name is Jai Love. I was born and raised in Huntsville, Al

JAI   I started singing as a child, around 5 or 6 years old. Both my parents are gospel singers who were apart of there own groups. They use to travel and perform in different cities. Growing up watching them made me want to be apart of someones group as well and stand in front of people and just sing my heart out lol. So I did but I remained solo.

JAI   I would say my style of music is combination of different genres. I listen to all type music and sometime coming up with just an r&b song can be hard when I want a little rock or blues type field with it. I try to stand out instead of blending in. Im very creative. So as I'm writing, I'm also picturing the video and the single covers. Most importantly, I think of my fans and how they can relate to it.

3375  Tell us your greatest experience thus far as a music artist and why?

JAI   I would have to say my greatest experience as a music artist is being nominated for #BestFemaleArtistOfTheYear for the Urban Vision Award Show in ATL and just when I least expect I would be nominated again. Right now, as of April 8, 2014, I am nominated for #BestFemaleRnBArtist for the SMC Award Show in Memphis, TN. I didn't win the first show but I'm praying I will bring this one home. I'm an independent artist out here grinding on my own. I'm not apart of no entertainment labels or nothing and to still be recognized for my hard work make me feel good and it motivates me to keep going. 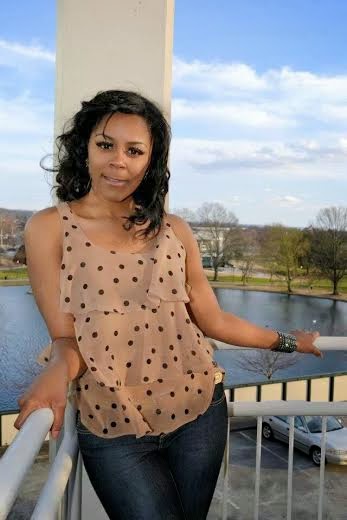 JAI  My biggest challenge I'm facing right now as a artist is getting my fan base outside my city. I didn't come from a wealthy family to make it easy for me to pack up and travel to promote my music. Me and my team have to come up with strategies and figure out ways to build a fan base the best way we can. So social networks is our best friend right now. Once an opportunity comes around, that's when we pack up and travel. Lets not forget i am fully independent which means all expenses are coming out of my pockets while maintaining a living as well.

3375  Who would you like to collaborate with in the music industry and why?

JAI   I have several artist I would like to collaborate with. But if I had to chose just one, I would go with Mary J Blige. She is one of the female artist I grew up listening to. Her music is raw and relatable. Something we don't hear much of in this day is time anymore.

3375  So how do you feel you rank against top music talents today? And why?

JAI  When it comes to rankings. I feel once that fan base is build I can be on top. Why? I'm bringing something back to the music field that's been missing for awhile and that's classic, real life r&b music. Everything I have ever wrote and recorded has been either a situation I went through or an experience I'm going through at the moment. My songs are relatable rather I'm angry, sad, hurt, or happy. Someone will listen to my songs and say, "Girl I can definitely relate."

JAI  Right now I'm working on visuals as well as a mixtape. I'm super excited to announce I will be recording my first video on April 27, 2014 to my new single, which i willing be dropping very soon, called Love and Louis Kole will be directing that one. Also following that video I will be shooting another one for my first single, I'm Crazy and Jurian Isabelle will be shooting that one. I haven't set up a release date just yet for the dropping of my mixtape but I'm hoping I can have it done by the end of this year. I'm a perfectionist so I'm taking all the time I can to make sure its the perfect mixtape.

3375  Give readers one tip about pursuing their dreams? 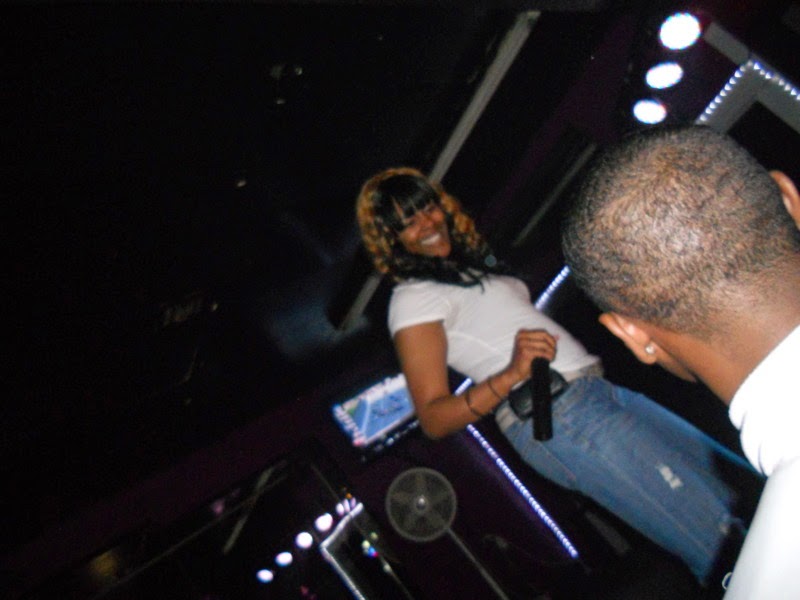 JAI  The only thing I can say is keep God first. No matter what people say, don't ever give up. Patience is a vulture and by taking your time on your project, whatever it is it may be, only makes you better. You don't have to be a follower. Standing out makes you more competitive rather than being in the competition. Its hard work but if your passionate about your dreams it will be nothing to chase them til your toes bleed.

JAI  Really my only accomplishment is to have a job in doing something I love doing and music is what I enjoy. I love writing, singing, and being on stage. If I'm ever hired I can bet I'll receive the best employee awards every year lol.  But as an artist. I just want to be the best while sharing my stories, songs, to the world.

3375  If music never existed, what do you think you would be doing?

JAI  Man, that's tuff!! I can say I am a very humble person. I love kids and I get a kick out of speaking with them and motivating them to be a better them. Our young society is missing that now. They don't have that person pushing them to do good in school or showing them that there is better things they can be doing then what's out there. So I'll probably start my own organization that represents doing just that.

JAI   My influences is to make positive music that can change the way people think. To have organizations that focus on the children and also on those in need such as those suffering with illnesses or people who live in poverty and truly cant afford to eat. To clear the streets of homeless people and help them on how to live a normal life again. I have so much I would like to do its ridiculous lol. That's just a few lol.

JAI   Honestly I think r&b is lost and Hip Hop is confused. Whoever said  hip hop is only songs about drugs, killing, sex, and money. No ones making real music anymore.

JAI  The quote that best represents me will have to be, " God gives his toughest battles to his strongest soldiers." I have been through a lot in my life and I can truly say that if it wasn't for God's grace and mercy, I do not know where I will be. 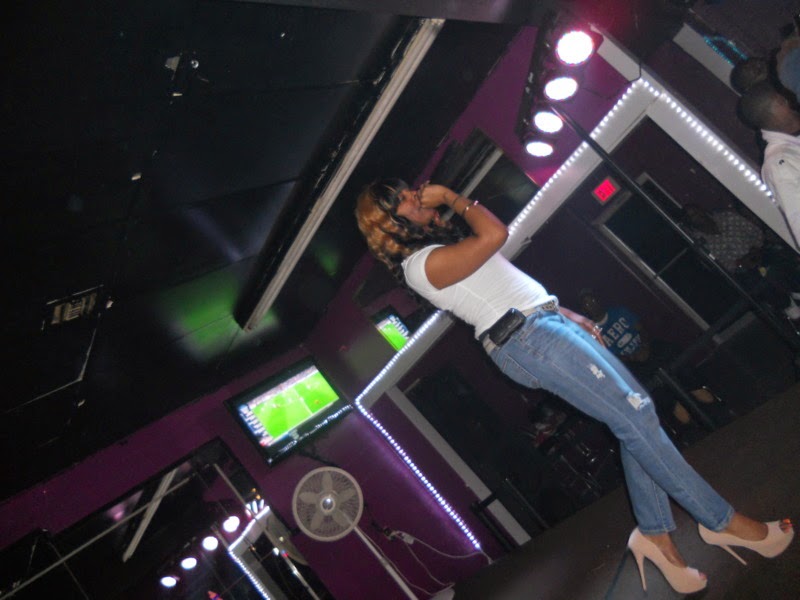 3375  What music do you have playing in your sound system right now?

JAI  Lol the song I was playing in my sound system would be none other then me lol. I been playing my new single #Love since I got the finally cut of it lol.

3375  How can business heads and fans contact you in the future?


JAI   I can be contacted  through email by reaching out to my manager Michelle Parker, jailovebooking@gmail.com. Also follow me on twitter @love_always_jai and/or on Facebook.com/jailove0818. They can also check out my music on Reverbnation.com/jailove where they can download songs #ImCrazy #Sexxin and #ARealMan for free.

JAI  Yes!! I would like to give a shout out to everyone whose supporting me and my dreams. To my city,  Huntsville,  Al, for riding with me and also supporting me and for believing in me. To my brother Ced, Lil Ced On Da Traq, for pushing me to go harder and having my back no matter what. Lastly but certainly not least my team!! My manager, Michelle Parker , and my stylish/makeup artist/sister, JamieSayo Hinson, I love you both so much. You are the ones whose walking this road with me in making my dreams come true. Without y'all I would be lost. Thank you! A big S/O to you Jay for inviting me to do this interview. Thank you so much for your support.
Posted by 3375 Magazine at 7:30 PM