INTEVIEW WITH UP AND COMING MUSIC ARTIST DC DELEGATE 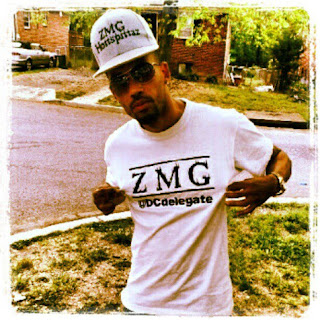 Born and raised in the Washington DC Metropolitan area,
Mike Butta Hall now known as the DC Delegate grew up in a home where musical influence has lead him to pursue a flourishing career in hip hop. As a child, DC Delegate performed in school and church talents shows. Not only did his passion for music increase but his love for the spotlight matured. He began writing his own material and from there his talent evolved. Growing up in Oxon Hill (Glass Manor) and Capitol Heights, Maryland; DC Delegate was attracted to the street life. He created a prolific lifestyle for himself by hustling which ultimately landed DC Delegate with a lengthy jail sentence. The devastation of being away from his family and unable to provide for them while incarcerated was overwhelming. DC Delegate began writing music to help disseminate his time. He also outlined a business plan that would allow him to grind just as hard but legally. Music
became his new hustle. Being a pioneer of the D.C., Maryland and Virginia (DMV) Rap scene, he is the founder and CEO of Zelma Ave Music Group (ZMG). ZMG has a total of 5 artists on their roster which 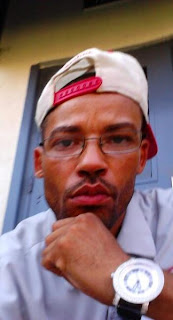 DELEGATE  My name is Mikebutta aka the delegate. And I represent Capitol hghts /Glassmanor and the whole Dmv


3375  How long have you been doing music and what made you get into music?

DELEGATE  I've been consistently doing music for 10yrs now,but have always had luv for music. Music was always part of my household, my moms sung in groups coming up in her day,my sisters played around in the house singing every chance they got,then the era I grew up in,music was at its best..*80's*

DELEGATE  My style as a artist is very versatile, I believe to be a great rapper you have to be able to spit to any Beat. My best attribute as an artist is my hustlers ambitions.Im never satisfied, n hate to be out worked


3375  Tell us your greatest experience thus far as a music artist and why?

DELEGATE  Just being able to see my music is being accepted across the world,because its so many brothers that's just like me and come from where I come from that never get the chance to be heard.

DELEGATE  My biggest challenge is clearly me giving my music and outlet ..coming up in the DMV UnderGround circuit is truly a test of your will power n Love for music ..not too many avenues to be heard.


3375  Who would you like to collaborate with in the music industry and why? 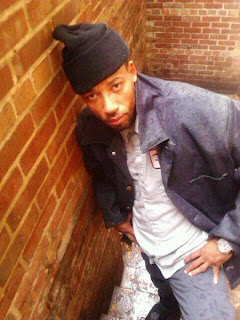 DELEGATE  Big Sean,tre songs,jeezy,Meek Mills ..Big Sean n Meek because everything they drop is fire. I respect they Grind. Jeezy cause what better trapstar/rapper is to work with..besides *Gotti * n its a must every rapper should do a track with Tre songs ..he put his all into his music .want to be the best got to work with the best!


3375  So how do you feel you rank against top music talents today? And why?

DELEGATE   I like my odds..I feel I'm a seasoned vet as an artist n can hang verse to verse with any rapper ..I have a nice delivery, hott hooks, witty, charisma, n alot of talent


3375  What are you working on now, and when can fans expect to hear more from you?

DELEGATE  Right now me n my partner almostdabank is working our new mixtape *Truth B Told* which should drop mid April n my new project which will drop late spring.but listeners n fans can hear more music on www.reverbnation.com/dcdelegate

3375  Give my readers one tip about pursuing their dreams?

DELEGATE  Dreams do come tru,but with alot hardwork, dedication, n tough skin..never give up on what u believe in..cause only God knows your fate..keep grinding!


3375  So what do you want to accomplish as an artist overall?


3375  If music never existed, what do you think you would be doing?

DELEGATE  Loving Live n tryna raise my kids to the best of my abilities. The Average joe


3375   Tell us your influences and inspirations?

DELEGATE  My influences is my seeds Michee, Ty, Makayla, n Michee,they keep life funnie perspective my inspiration is to see them smile more than I did coming up,life us really rough these days,not alot to smile about rgeae days

DELEGATE  I love what the R&B/HIP HOP SCENE is doing right now, its giving yung entrepreneurs like myself a chance to become yung moguls ..I love the sound n different styles, they both have . Music has truly evolved, cant wait to see what the next 10 to 20 yrs has to offer. 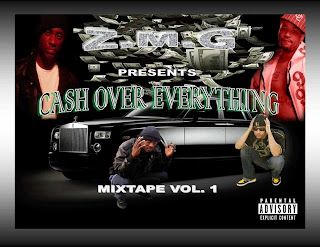 DELEGATE  Life's A Gamble, at some point of time or two,we all face that life changing decision ..

DELEGATE  Zmg HOTTSPITTAZ, if not Villain Style *beat jackets* a must hear or Lmatic

DELEGATE  First I like to s/o you n the whole 3375 magazine staff for the oppurtunity to be heard..my kids for there patients, my team *ZMG * my partner Almostdabank, Kymm Nelson for her expertise n hardwork, Eddie KAYNE,Kuku productions, face,Lmatic, Dblac,Major impact,BuBu da producer,I am Streetlight, Villian Style, 3030,Wike world,Conboss,Lotto boys202 n Last but not least my big homie P.FEENGAZ *U.O.D*