CRYSTAL
Crystal Anokam, known by her stage name Young Royal, is a young aspiring American Christian hip-hop artist. She may be young, but she is restless to praise the Lord. Her sole goal is to spread His word through her music. 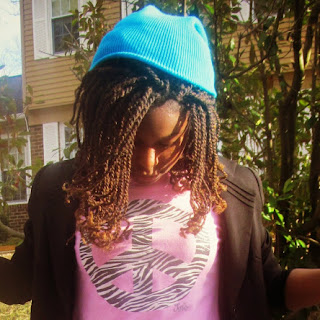 Young Royal was born in Washington D.C. on July 7, 1996 to Nigerian parents Fidelis and Gladys Anokam. Eldest and only girl of a family of four children was raised in Bowie, Maryland. As child she loved music. Ironically, she despised rap.
“It’s funny how I used to hate rap music in my younger years because they talked too fast and it was hard to catch the words they would say, but now it’s my life. I love it,” says Royal.
Lecrae’s “Don’t Waste Your Life” was the start of Royal’s love for rap music. There began the journey of Rap Music. In 2009, Royal was sent to Nigeria to go to school. She attended Chosen International Secondary School in Mgbidi for two years. There she began write poetry something she did for leisure and in her spare time. To her they were the closest thing to music since they were not allowed to bring any electronics to the school. After writing her Junior Waec in 2010, she switched scenery and started schooling at Infant Jesus Academy in Asaba. As poet, she became known as Shylock. The name came because she was quite timid and quiet – at least until you got to known her. Royal began turning her poems into raps then into songs. The rap game started when she joined a group of girls called the Cyclones. They wrote a song called Dirty Money Flows In. The Cyclones performed at the school’s Carnival Night. There began the dream of becoming a rapper. The seed was sown.
Upon returning in 2011 to the United States to resume school Royal searched for an identity. Who was she? As sophomore at Bowie High School, she began to discover Christian rap and hip-hop – from Lecrae to Kj-52 to Young Chozen to Tye Tribbett and much more. In 2012, Royal changed her rap name from Shylock to Koncept. She joined a rap group at her church – Divine Grace Mission – called JFL (Jesus for Life). She was the only girl in the midst of boys. She was featured in the JFL Anthem song. By March 2012, she left the group changing her name to Young Royal. Royal realized that God had a purpose for in life and that was to share his word. She chose to share it through music. She currently resides in Bowie, Maryland and is the Youth President and member of the Music Ministry at her church. Royal also plays guitar for her school’s Gospel Choir. She is also part of group called Royal Girls with her two friends in Nigeria. Her hobbies include playing the guitar, reading and singing.
“So here I am. Here I stand. I spread his word through my songs. I speak to him through my songs. And I just want the whole world to know that He sent his only son to die on that cross for me, to bear my burden for me, to pay my depth for me. I just want the whole world to know that my God is truly amazing.” - Young Royal

3375  Tell us your name and where you from.
CRYSTAL  My name is Crystal Anokam but I go by the name Young Royal. I am a Nigerian American born in Washington DC on July 7, 1996 and raised in Bowie, Maryland. My parents are Nigerian.
3375   How old are you?
CRYSTAL  I am 16, turning 17 in July.
3375   You began to share the Gospel through the form of hip hop in 2011, please tell us your story on what lead you to making this decision?
CRYSTAL  In my younger years I had actually preferred listening to rock and alternative more than hip hop which is ironic because now I love rap and hip hop though I do still listen to rock and alternative just not as much as before. I got into hip hop because I loved the style of music but not the content of music and I felt that needed to be changed. One day as I was on YouTube I came across Gospel artist Lecrae’s “Don’t Waste Your Life.” And I was like wow! That was the very first time I had heard a gospel rap. It spoke to me. I’ve heard of just normal raps and at that time my favorite rapper was Eminem. But after that I was like he’s music didn’t have anything that could actually impact my life. Gospel music had lyrics that made sense that could change lives and that was what I wanted to do – I wanted to spread God’s word through my music.
3375   How did you get started in hip hop?

CRYSTAL  I got into hip hop actually when I first was in Nigeria going to school. It was weird because I wrote poetry but never felt I was capable of actually writing a rap. I would learn raps of songs when just listen for leisure but it was never something I really took seriously. One day, my friends were drumming some type of beat in the hostel and singing and free styling. It was crazy! And they were really good. Then they called me to spit a little something. I generally didn’t feel like I could even rap but then it was like as soon as I felt the beat the words just came naturally and when I was done. People that were around clapped for me and I was so awestruck. I realized that I was something I might consider trying to do. After that us, friends, made a group called the Cyclones. We eventually broke up because I came back to the United States
3375   What make you stand out from other artist?
CRYSTAL  Well first of I would say because I am a young female rapper and the gospel rap industry is composed of mainly men. Which would make people say, “hey she a girl but she’s really good.” Secondly, my love of God and with his favor I know most definitely he love and infinite love and affection showers over me.
3375   What challenges do you face as a gospel artist?
CRYSTAL  One of the major challenges I face as a gospel artist is persecution. Yes! I love what I do but sometimes it is honestly hard to get most people to like it because we are in day and age where people don’t care about God. So trying to get people to get back on track is where the real challenge lies. Then the negative comments on my music and personality sometimes set me back. They hurt but it’s my motivation to get heard and make Jesus famous!
3375   Where do you think the gospel rap industry is now and where would you like to see it go?

CRYSTAL  The Gospel rap industry is actually in a good place right now. An increasing number of people are starting to hear more gospel rap songs put out there than before. I would actually like to congratulate those who aren’t afraid to show who they are and spread God’s word and love through their music. I would love to see more females in the gospel rap industry in the future.
3375   Who is your inspiration?
CRYSTAL  God is the hugest inspiration in my life. Without him I wouldn’t be able to do anything. Without His strength, His love, His mercy, His guidance, his protection I am nothing. Lecrae is who got me to even like rap so he’s another inspiration to me. In fact, the whole 116 Clique.
3375   What's the first thing you do when you get up in the morning?
CRYSTAL  When I wake up in the morning, I thank God for waking me up. I thank him for his guidance and protection over I can’t breathe without him.
3375   How do you think you will overcome the challenges of getting more media exposure?
CRYSTAL  Hmmm that’s a tough question.
3375   What as been your biggest accomplishment?
CRYSTAL  My biggest accomplishment is yet to come. My mixtape Here I Am Vol.1 is yet to come. That right there will be my biggest accomplishment.
3375   Where do you see yourself in the next 5 years?

Thank you for reading!  Please leave a comment and let us know what you think!