INTERVIEW WITH UP AND COMING MUSIC ARTIST KRASH K 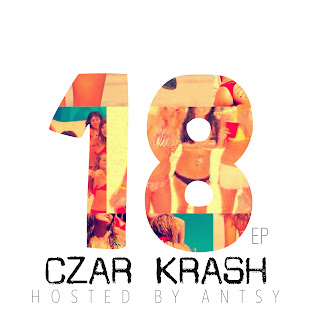 
3375 How long have you been in the music industry and has music always been
a part of your life? 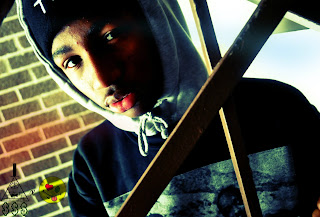 Krash K  Well my aunts and uncles started in the music industry and became baltimores first reggae band and even recorded a song in bob marleys famous tuff gong studio and my older cousins keisha starr and d-rip kind of brought me up into it and since i was 7 i used to freestyle and battle loved it so much, I myself became apart of the music industry probably two years ago during my freshman year when keisha introduced me to a producer with a camp under warners due to bad grades my parents never agreed so i started working on my own progressing trying to find myself and distinct a sound but YES MUSIC HAS AND WILL ALWAYS BE APART OF MY LIFE.

3375  Was there a specific moment in your life where you thought, “music is
what I want to do”?
Krash K  Yes ive always wanted to do it but the moment i decided to persue it was around january this when i had grown tired of the game and considered quitting music but weeks later i woke up and said MUSIC IS IN MY BLOOD JBR DYNASTY IS WHAT IM WORKING FOR and that inspired me to do a whole tape and a EP which is dropping 3/20 which is like a introduction for what the tape will be like.
3375  Who would you say has has been your biggest influence musically?
Krash K  I would have to say my biggest influence musically would be my two older cousins kiesha starr and d-rip how they grind for what they want which gave me the same hunger in a music sense.
3375  Would you compare yourself to any of the artists that you’ve just mentioned?
Krash K  No i wouldnt compare myself to anyone i believe im different and unique in my own way no matter the comparisons i never tried to sound bite i created my own genre Ear Porn.
3375  What is your definition of Real Hip-Hop? 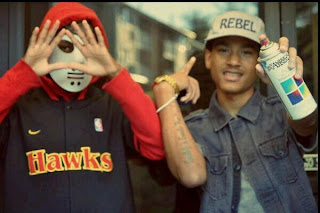 Krash K  My definition of real hip hop is anything with a real message behind it and positive influence even through its negativity and standing for what you believe no matter what.
3375  Who are some producers that you have worked with in the past?
Krash K  Some producers Antsy, JaYliit3, OG Rocket, Vanilla, Raheem X, Ralph French, and many more thats just to the few who are currently the most relevant.
3375  Are you an independent artist or are you signed to a major?
Krash K  I am as of now an indie artist with alot of drive and worth ethic and talent looking to make a name completely diffrent from any other and would love to have a major label deal because its not about the money for me more the opportunity to share my music and life with the world and contributing to the good of hip hop.
3375  Why is it you think the south continues to make a heavy noise, and a
lot of West and East artists don’t go on a mainstream level anymore?
Krash K  Nowadays the main focus is trap beats party music you know stuff to "Turn Up" to so thats why the south has such a impact mainstream cause people can bump to them which is true but west and east artists don't meet those terms but surprisingly the west and east are both contributing to the progression of hip hop in a major way big up Beast Coast artists.
3375  What do you think is the best track that you’ve put together and why?
Krash K  I have a track called martials law which is on my tape and everything about that song from the mixing to the lyrics hook and bridge is like a masterpiece.
3375  Have you done any gigs recently?
Krash K  No unfortunately the baltimore hip hop scene is well overlooked so if you dont have a "BUZZ" you miss out often talent or no talent but i am hoping to get some very soon.
3375  If you had a choice out of absolutely anyone who would your dream
collaboration be with?
Krash K  If i could collab with anyone i would pull a 1 train like rocky did but it would be J Cole, Kendrick Lamar, Nas in illmatic mode, Jadakiss, Sheek louch, Styles P, Cassidy, Chris Brown, Myself and Lupe all on one track.
3375  So have you ever considered collaborating with another up-and-coming
artist, who might be from a totally different music background from
that of yourself?
Krash K  The Weeknd would be a dope collab also wouldnt mind working with Popcaan Or Movado who are jamaican reggae/dancehall artist big up jamaica. 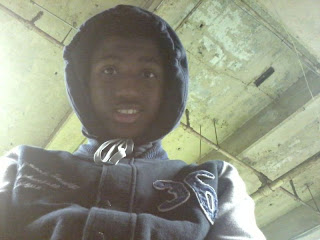 3375  Apart from yourself of course. Do you know of anyone else that we
should all be keeping an eye on? A star of the future so to speak.
Krash K   I believe right now hip hop is thriving with talent like Clyde rose,Tony rebel,Witty rock ,OG Dutchmaster, Soduh, Writer of 93rd soultribe, Jay Verze ,Bink, Melz,Mooda, Don Told Ya and a few more but as for future stars i cant predict the future ha ha so we'll see whats to come.
3375 Outside of music, what do you like doing? Have you got any hobbies or interests?
Krash K  Outside of music i like fashion thats cool graffiti "tagging" im new to it but i enjoy it also like reading and educating myself on whats going on in the world another interest is my practice of the rastafari faith, Haile Emperor Selassie I.
3375  What is coming from you next as far as mixtapes or albums?
Krash K Future projects and albums well i drop my first solo EP this wednesday 3/20 my 18th birthday its titled "18 EP" and my mixtape drops the end of summer.
3375  And finally Krash K, do you have a Facebook page for fans? Can they
follow you on Twitter? Any Shout outs?


Krash K  Yes Actually My Twitter Is @Krash_Out And My FB fan page is Krash also shoutout God without him this isn't possible all baltimore hiphop artist grinding to achieve their goals man and R.I.P. to my bros darius and renzo as well as JBR john rallin and barbara all of my family and keisha and d-rip. Thanks For Taking Your Time Out To Interview Me Im Humbled AND beyond blessed i appreciate this.
Posted by 3375 Magazine at 4:12 PM