INTERVIEW WITH UP AND COMING MUSIC ARTIST L.O.S. 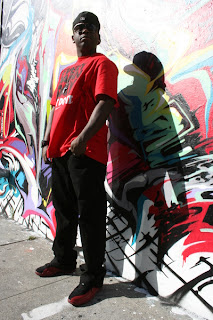 Influenced by Jadakiss, 2-pac, E-40, San Quinn, and many more, San Francisco Bay Area native L.O.S is expected to make some serious noise in the game.He currently has 4 mixtapes, ( which are available for download at www.BottomFloorEnt.com ) circulating throughout the Bay Area and is set to release his deput album titled “L Dot” under is own imprint Bottom Floor Entertainment. Which Features the hit single Let’s Go which video has over 10,000 views on YouTube and was a winner on 106.1 Kmel’s Home Turf competition. It features a Well-known Bay Area Artiest by the name of Bailey who has a huge Bay Area Following. L.O.S has performed at venues all over the city and is working on getting show outside of the city as well. He hopes that his style, swagger, hard work and
determination will bring more attention to the Bay Area which has an endless supply of talent just waiting to be heard.
3375  Thanks for taking the time to do this interview L.O.S. Tell us a bit about yourself, your
name, age, where you’re from and an interesting fact if you like. 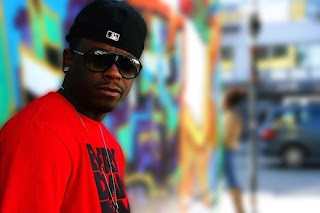 L.O.S  What's goin on world it's ya boy L.O.S which stands for LyricallyOutSpoken was born in Oklahoma City, Oklahoma moved out to the Bay Area at the age of 12 I,m 36 years old and a interesting fact about me I like to figure out how things work like taking things apart and putting things back together.

L.O.S  Well LOS is a Nickname I've had for ever it's the last 3 letters of my first name which is Carlos so I wanted to try and use that some how so me and a friend of mine was just chillin one day talking about music and L.O.S ( LyricallyOutSpoken ) just popped up and we were both kinda like that's the one.

L.O.S  Seriously about 10 years before that was just kinda messing around wit it a bit but I was more focused on Basketball wanted to be the next MJ......lol


3375  What first got you interested in becoming a rapper?

L.O.S  Well a close friend of mine Jesse James kinda helped me get into it more he was doing his thing already and we use to freestyle all the time and he just told me the more I work at it the better I'll get so that's what I did it also helped attract the ladies too.....lol


3375What/who inspires your music? (If different from above) 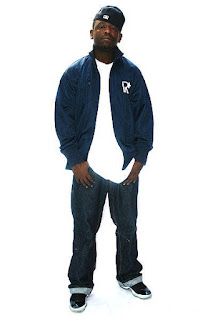 L.O.S  Well pretty much anything that I'm going through at the moment might inspire me to write a song or maybe something I see or somebody I might meet could inspire me to write. As for Artist I have a few that I look up to Pac, Rakim, Jay Z, Nas , Biggie, Eminem and a few others but one person that really made me step my game up was JadaKiss i felt like if i could spit as hard as he spits over a track i would be the one so if I had to pick a favorite Artist it would be him.

L.O.S  This is definitely what I wanna do I think and breath music all day no matter what I'm doing so with that being said i look at it as being my life.

L.O.S  Just to express myself to let people know how I feel or what I'm going through and hopefully I can help someone get through what ever it is their going through as well.

L.O.S  Absolutely I would like to get more programs up and going for the youth there were a lot of things to do when I was coming up that kept me busy and now there really isn't any thing for these kids to do a lot of after school programs have been cut a lot of little summer programs are not around anymore so I would definitely like to try and get something up and going for them.

L.O.S  Who isn't......lol if people say they are not in the music business for money they are lying everybody what's to make their lives and the people around them lives better yeah I'm sure they have love for music just like I do but the money sure does make all the hard work and long hours feel a lot better.

L.O.S  I would like for my music to be around for ever and to influence the lives of others. I wanna make the type of music were as soon as you hear it it takes you either to a new place or have you remember what you were doing when you first heard the song I don't wanna be a here today gone tomorrow type of artist.

L.O.S  Yes I have I've performed at a few venues around the Bay Area. 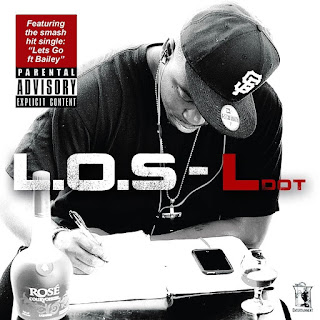 L.O.S  It feels great I love performing and seeing the crowd react and vibe out to my music.


3375  Do you have any kind of management, publishing or distribution team behind you?

L.O.S  Well as for management I'm working on gettin something going with Michael Geaux he use to be a A&R for Def Jam and now he has his own management company. As for distribution I have a Digital deal going with Sony Red / Zip Records.


3375  If so what are their responsibilities?

L.O.S  Well the management deal isn't set in stone yet and the Sony Red / Zip Records deal they have my Album up on all major digital outlets iTunes, Amazon etc... and we're working on getting placement in stores.


3375  What are some accomplishments that you have achieved, and are most proud of?

L.O.S  I am proud of my album L Dot it's my first release and it came out really well, I'm proud of all the forward progress I been making with the help of my Business partner Jeff we have done a lot over the past year from the album release to the video for the first single "Let's Go ft. Bailey" to the digital Deal and getting Bottom Floor Entertainment up and running we had a pretty productive year.


3375  Have you ever made any contact with major artists or other high positioned people in the music industry and do you keep in contact with them?

L.O.S  No not yet but I'm sure if I keep going and moving the way I'm moving it will happen.


3375  What one tip would you give to other aspiring rappers?

L.O.S  To never give up keep working hard stay focused and keep grinding no matter what it's a hard game but if you believe in yourself and what your doing the sky's the limit.

L.O.S  I think the music industry as a whole meaning all genres will be fine music makes the world go round we need music to get us through our day or to celebrate a moment or to reminisce about past events music helps with all of that so music will always be here.

L.O.S  Well you see it now people are getting more creative with their music and with the type of songs they put out. I feel like people are starting to pay more attention to the content of what the artist is saying and were the music is taking them. The Internet will continue to change everything I feel like soon Cd's will be completely fazed out. I also think that there will be a lot more independent movements rather then trying to get a big label behind them.


3375  Do you feel like the internet is helping you as an underground artist?

L.O.S  Yes I do it helps reach a market or people that I can't get to with out hopping on a plane and physically being there. 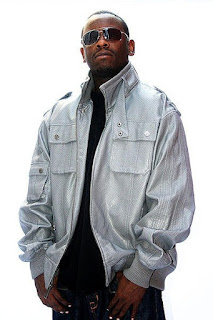 L.O.S  I feel like it's helped it, those are good networking outlets along with a few others like Reverbnation, Linkin etc.... to help you connect directly to your fans and to network with other people in the industry.


3375  What projects are you working on at the moment?

L.O.S  Right now we are just pushing the album "L Dot" out now and working on putting together this Showcase in a couple of months. I'll be back in the studio soon to get started on my next album so all you producers out there can send me your beats to my email Lyricallyoutspoken@gmail.com I also might be doing another mixtape haven't decided yet like i said my main focus right now is pushing the album "L Dot" go out and get that you won't be disappointed trust me.

L.O.S  Let's see in 5 years I see myself still grinding hard like its my first day my label Bottom Floor Entertainment up and running with Artist of my own making noise in the game. In 10 years I see myself at the top of the game running my label and being one of the biggest names in the business.

L.O.S  I wanna give a shout to to my business partner and good friend of my Jeff we been grinding hard and all the hard work is starting to show. Wanna give a shout out to everybody they came through and blessed the album Bailey, Feezaleo, Wall E, M.O.D, Tay Da Boy, Embassy Blak, Big D, Froze and mD Animals for lacing me with some fire beats also shout out to Jimi from Jimi Productionz he's a producer from New Zealand I linked up wit and he shot me a beat that's on the album. Shout out to the Bay Area and my home base Frisco City I do it for ya'll shout out to Sony Red / Zip Records for giving me the chance to show the world what I can do and shout out to you for giving me this opportunity to do this Interview with you and introducing myself to the people that don't know me already. Once again check me out on YouTube.com/lyricallyoutspoken Reverbnation.com/lyricallyoutspoken , BottomFloorent.com, and DatPiff.com and you can also search for my album L Dot on Itunes, Amazon and all major internet outlets and follow me on Twitter Twitter.com/los415 thanks for having me.
Posted by 3375 Magazine at 5:08 PM