INTERVIEW WITH UP AND COMING MUSIC ARTIST SAAD G

Asaad Graham â€œSaad Gâ€ November 11, 1990 was born in Florence, South Carolina were he spent a stretch of his childhood which also included living in Florida, San Diego, and Columbia before moving to his second home Virginia. Before moving to all these different locations with his family which now included his step father that was serving in the military it was just the young boy and his mother. Â 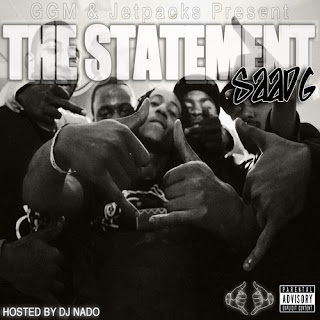 Saadâ€™s mother had him at 20 years old and growing up they often struggled financially. There was stretch were Asaad and his young mother were homeless. At an early age this humbled Asaad. Suffolk Va is where Saad really found his love for music and vowed to put the small city on the map. Idolizing Jay-z and other rappers you could always see that the music inspired him. To best describe Saad G and his music would be a very unique outlook on a kid being a product of his environment and speaking on the harsh realities seen in his city and through his experiences.Â


Sports was also a big part of Asaadâ€™s life in high school him and a friend (Sedrick Johnson) started this group called â€œThe Goonsâ€ which consisted of players on the team that were stand out athletes. When they werenâ€™t playing ball they were out partying and living a lot of things you hear Saad speak about throughout his music. January 9th 2010 Asaadâ€™s best friend was shot 3 times after the group wereÂ fighting at a house party in Norfolk. The death of Saad gâ€™s closest friend changed his life and from that day on he determined he would let his music be his friend Micheal Givante Leeâ€™s voice after he passed away. GGM was created not long after; and this simply stands for goon gang music and the movement is only getting stronger with every event Saad G shuts down. Perception is reality and its not hard to tell that


Saad G has the necessities needed to be around in this hip hop industry for a long time. 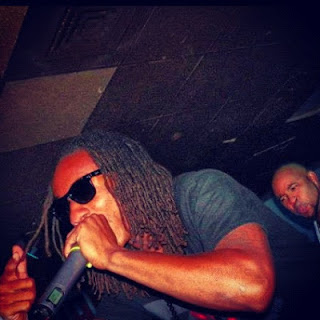 SAAD   My name is "saad g" aka "I rap like i been here before!" and im
from Suffolk, Va eastside we in here..but i was origanally born in
Florence, South Carolina

3375  How long have you been in the music industry and has music always been
a part of your life?

SAAD   Ive been making music for roughly four years, but music has always
been apart of my life... I remember when i was younger "cool like
that" by digital planet was my anthem i was too young to remember the
words but everytime it came on my mom said i would start rocking!!

3375  Was there a specific moment in your life where you thought, “music is
what I want to do”?

SAAD  I use to freestyle and shit in high school with all my boys when we
went out to the clubs or whatever. They would always say i was nice an
should take music serious. I never really had a intrest in making
music then i was focused on football and woman lol. In my mind rap
could wait. but 1/9/10 changed everything...My best friend was shot 3
times in the chest at a house party me and my friends attended.. One
of the last things he told me before he died was "Saad you nice dont
stop making music you got a gift." I aint looked back since

SAAD  Jay-Z!!!! Sean Carter..Hov or any other name he goes by ... that
dude came from nothing now look where he's at .. also my experiences
and life itself inspires me

3375  Have you worked with any big names or indie artists in the music industry?

SAAD  Ive opened up for Bubba Sparxx at a club in Va Beach...smh i got
kicked out for fighting lol but atleast i can say i did ha ha

3375  Whether you’re an actor, musician, or artist, I imagine it is hard for 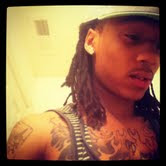 anyone to break out into mainstream America. What have been your
struggles and triumphs in the business? Are you interested in
venturing to markets overseas?

SAAD  The struggle is real ....i think jadakiss said it best with this
line "I just want the finance to match with the bars" though ive seen
a few dollars i caint support my music carreer with the money i make
off of it i think for me thats my biggest struggle and until i have
done so any small triumphs i may have will not be glorified because i
dont feel like it is enough until im were i wanna b if that makes any
since..if i saw oppurtunity over seas i would be on the first plane
out.. if u want things you never had before you gotta do things you
never done

SAAD  I feel like every succesfull artist has evolved in some shape or
form... staying the same is how u get left behind. All artist should
embrace evolution in their music. Personally i dont like how rap music
is evloving into a hustle for niggas; know passion know emotion just
whatever to make a lil money.

3375  Do you have other passions in life? Do you believe passion is an
essential part of success?

SAAD  I'm passionate about everything i do call me eccentric but i feel
like you can learn something new from every experience. Before i took
music this serious football was my passion and probably still is.
Passion and success are hand in hand if u dont truly desire success it
will never come Law of attraction!

3375  What advice would you give to someone just starting out in his or her
career, whatever industry it may be?

SAAD  I would tell them to believe first because knowone else will
support you until they see your truly invested to whatever feild your
in ...and stay determine as simple as that sounds determination can be
the catalyst to something great

3375  How can we keep update on you and listen to your music? 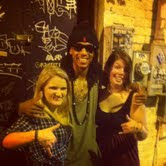 SAAD  Follow me on twitter!!!!!! (@jamesbondgoe) im always up there i
feel like people connect with you more as an artist when they know you
as a person i also have a instagram (@jamesbondgoe) same name we
trying to brand that like pepsi baby lol shout out denzel!.. youtube
me as well (jamesbondgoe) or just hit up DAT PIFF and type in SAAD G
or THE STATEMENT!! DOWNLOAD THAT NOW!!!

SAAD  I want to shout out 3375 Magazine interviews for allowing me the
oppurtunity to talk my ish .. i wanna shout out my family, my girl,my
promoters #GGM which is my brand Goon Gang Music yall stay tuned we
got so much more music coming its ridiculous and last but not least i
wanna thank my click!!! GOE i wouldnt be where im at know without
them!!!!!!
Posted by 3375 Magazine at 8:33 PM