INTERVIEW WITH UP AND COMING CLOTHES DESIGNER DIANA GOTTSCHALK-MILLER 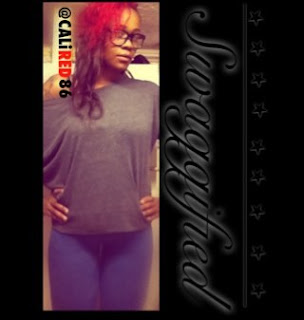 Est. August 2011 R-tistic Swagga  is operated in Washington,DC but is a Cali base company.It's bringing that Cali Swagg to the east coast by being so diverse and abstract. R-tistic Swagga would be the type of line for those who think outside the box. Art is what we bring, not just some t-shirts with "Fancy Fonts". With our first release in March, our  Conquer Crewneck, more people have taking an interest in what the line will be releasing for the summer, with three different series being released to go along with our Motto Fly, Dope,Fresh  we are coming to takeover the urban wear by storm. We print our designs in limited numbers so people can feel like they rocking the exclusive look.
Diana Gottschalk-Miller is both artist and creator behind R-tistic Swagga. You rarely see females behind scenes as the CEO and artist now a days and she felt that needed to be changed. With being a single mother of four she has that drive to want more out of life. She wants to let young girls know you don't have to be "the first lady" of someone else business, with hard work and dedication no matter if your male or female anything is achievable. With her Californian up bringing and then going to school in Washington, DC she has seen style from one extreme to another, and that in-between flavor  that's where you would find r-tistic swagg swaggin it out!
I always say this line is more then just a line, behind Scenes getting constructed is a master plan of talent.The team is truly something special, from  lyrical to hip hop artist, other CEOs, all around artists and members in the dance movement called jerking (S/N better get hip, the jerk movement is taking over). I wanted to bring different walks a life together to show it doesn't matter where you come from talent is talent! The team is made up of lyrical rappers Kid Nova (Louisiana), Manny (New York), Solo (Washington,DC) which he is also apart of fellow team members Tony & AJ's label Preppy Boy Ent., all around artist Famousz (Virginia), hip hop artist C-Grimey (Georiga) and repping the jerk movement on the team iis Bravado, Devin, Chris who form Bravo Kidds (Virginia) and Bella Gravity(California). Reverbnation.com/rtisticswagga  is where you can hear this amazing group of people. I am blessed to have found these many dedicated people off a soical network (Twitter) that all have the same dream and that's to change the game up  in our own craft and simply  show the competition how it's suppose to be done the right way. #teamRSsofresh 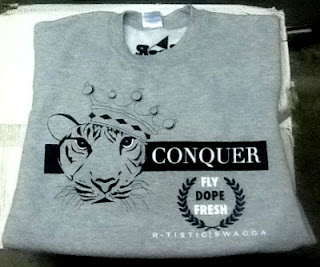 3375  Where did the name R-tistic Swagga come from?

Diana  The name was like a light bulb type of thing. I was brain storming with names,many names and I thought what describes me. Swagg came first and threw out my life I have always did some form of art and then "light bulb" I thought of artistic. And with my creative genius R-tistic Swagga was born!

Diana   R-tistic Swagga is about being your self, wearing what expresses your own Stlye. Their are so many clothing lines out here, but they don't cater to the skaters, the dancers, the sneakerheads,the gamers,the music junkies,the ones that feel they just don't fit in all in one line.I feel all of these groups of people just think another way, we all think outside the box the possible is possible, the dreamers! And it's about time a line start to show more it's better to be you then to be a copy of somebody else.

3375  What makes you different from every other clothing line?

Diana   Simple, we bring art. Theres  so many street wear clothing lines that glorify fonts and then charge an arm and a leg for them. I'm creating clothing where you get what you pay for. My designs make you think,  the type of designs to be a picture in a picture, something that makes you say ahhh that's dope!

3375  Where do you get inspiration for the designs? What helps you think of them?

Diana   Lol Playing Wiz Khalifa song "The Race" so serious, every design, every creative thought comes from me listening to that song. Everything about that song, the beat the lyrics creates an opportunity to zone out and my imagination just runs wild.

3375  We noticed that R-tistic Swagga's logo is a huge eye catcher. How did you guys come up with that?

Diana   The logo was originally  part of another design I did called stupid dumb fresh. All the other almost logos wasn't really clicking for me, and then I went back to the design to change somethings around and was like Ah! That's it! 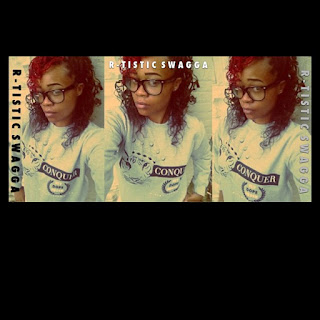 3375  What motivated you guys to start a clothing line if you didn't have plans to do so before?

Diana   Well I knew I wanted to be my own boss, I have always been that free spirit type, and just knew a 9-5 wasn't for me. At the time I was drawing coworkers tattoos, and a lot of people saw my drawing skills and asked me all the time "why are you here? You should be in some art school some where." A lot of my coworkers felt I would be a good tattoo artist but even though I'm ink lover, I really couldn't see my self doing it everyday. One night I was listening to the song I mentioned earlier "The Race" thinking what could I really see my self doing everyday of my life, I'm a sneakhead and I really didn't see a lot of lines that cater to making gear that matched with the latest kicks to come out, something in me was like that's your niche! And the rest is history.

Diana   Yea no question,being from Cali  bright color skinnies, vans, graphic tees is what we wore. That was my Stlye, so I couldnt shy away from it or my all wouldn't be in it. I wanted to create a line I would wear my self.

3375  Would you ever collaborate with other clothing lines sometime in the future?

Diana   Yes, a few of my team members Famousz and London  have up and coming clothing lines their self, so I plan on working with them in the near future.

3375  Would R-tistic Swagga be considered a street wear line  or will it cross over into other types of style?

Diana   R-tistic Swagga is a street wear line, our style might change up but it will always be a line for those that don't fit in with the average, those that think outside the box.

3375  Are there any other plans for R-tistic Swagga that do not include clothings? 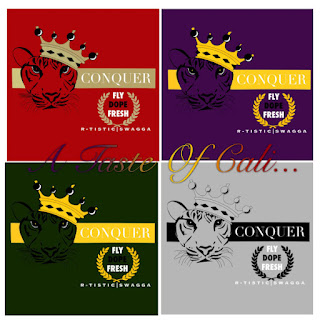 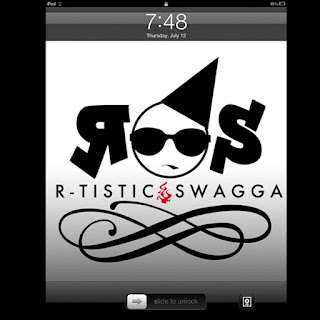 Diana   We are trying to make R-tistic Swagga a household name, from music to dance to community work. The music side of R-tistic Swagga is something quite unique, theres lyrical rappers hip hop artist all around artist. I wanted to Bring different sounds together. The dance side of R-tistic Swagga is weird how i got involved. Me being from Cali and even living in San Deigo, the whole Jerk Movement was blind to me, i dont know how but it was lol.It wasn't til I came back to DC and meet a jerk crew called Bravo Kidds to see what a exciting new thing that was right in front of my eyes. The jerk movement is truly taking over. After seeing videos of the bone braking,tutting, and footwork, I knew I had to have a crew down with my line involved in this movement. But jerking is the biggest in Cali, and I have seen a lot of good talent on the east coast aka "The Beast Coast" so I am in the works to putting together a big competition  for the beast coast so they can get a more exposure. And my finally project I'm working on right now is the most closest to my heart. Our anti-bullying campaign called S.O.S. (Speaking Over Slience). My own child was getting bullied and I wanted to see how I could help out with this problem, and when I read the statistics of bullying, it blow me away and most people have no idea. It is estimated that 160,000 children miss school every day due to fear of attack or intimidation by other students ( National Education Association) American schools harbor approximately 2.1 million bullies and 2.7 million of their victims. (Dan Olweus, National School Safety Center)  1 in 7 Students in Grades K-12 is either a bully or a victim of bullying. 1 out of 20 students has seen a student with a gun at school.  These statistics will only get worse if us as young people don't speech up and get involved.Us 80s and 90s babies have way more power then we think. So with putting together S.O.S we plan on doing our part in making people aware that this is a serious problem and needs to be made illegal. Kids as young as 12 should not be taking their our life, because they feel that's the only way to stop other children from picking on them.

3375  Where can people purchase merchandise?


Diana   At the moment we are trying to get our clothing in stores around the DMV area, but at the moment just on bigcartel

Diana   Of course my children & my team,they have been my backbone and my motivation. Behind Scenes getting constructed is a master plan .I am so proud of my team. The team is made up of lyrical rappers  Kid Nova (Louisiana), Manny (New York), Solo (Washington,DC) which he is also apart of fellow  team members Tony & AJ's  label Preppy Boy Ent., all around artist Famousz (Virginia),  hip hop artist C-Grimey (Georiga) and repping the jerk movement on the team  is Bravado, Abstract Jetted, & KiddMophinTime who form Bravo Kidds (Virginia) and Bella Gravity from The Bay Pushaz(California). Reverbnation.com/rtisticswagga  is where you can hear and see this  amazing group of people. And I could not forget Tierra,London, & Ms. Selena who support me beyond the line.I am blessed to have found these many dedicated people off a soical network (Twitter) that all have the same dream and that's to change the game up  in our own craft and simply  show the competition how it's suppose to be done the right way. #teamRSsofresh