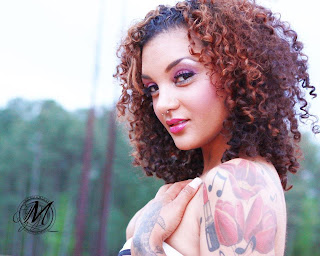 Leah Michelle was born and raised in Charlottesville Va. She attended PVCC and ODU before joining the United States Army where she graduated basic training at Fort Jackson and went on to complete combat medical training at Fort Sam Houston in San Antonio Texas. She became an Army Paratrooper and was stationed at Fort Bragg Home of the 82nd Airborne Division. During her time in the Army she has done one tour to Afghanistan from 2009-2010. Leah has been in front of the camera since she was eight years old. She did her first runway shows for Belk department stores bridal line. She took an interested in tattoos and body piercings at the age of eighteen Since then she has adorned her body with over 20 pieces and is currently working on completing her left arm sleeve, and a few body piercings. She works with Blasted Ink Girls out of Los Angles California and does promotional work with Sickwitted Ent and has done recent work with Grindtime and MaLaChi from Richmond Va. She plans on finishing school with a BS in Journalism . Her long term goal is to own and operate her own publication that would feature urban artist on an upscale level


3375 What made you join the United States Army?

LEAH I joined the US Army to finish school. I went back and forth to
different schools before I joined and I didnt have the money to
continue to attend on my own. Since joining I have finished three
semesters of college one being while deployed in Afghanistan.


3375 What have you learned in Army since you joined?

LEAH I have learned a lot. Some of the skills that I have learned some
basic skills like how to shoot a rifle and pistol. I am a medic so I
am a certified EMT-B and trained in combat medicine. I think the best
lesson I am going to take away from the Army is that pain is only
temporary and I can get through and get over anything.

3375 As a Army Paratrooper, were you scared the first time you jump out of a plane?

LEAH I was a little nervous and excited. Not scared at all! However the
second time I jumped I knew what was coming and I think I didnt have
as much adrenalin so I was a little scared the second time.

LEAH I loved it! My experience wasnt as bad as the news makes it seem. I
was a medic for a squad of military police. We trained some of the
Afghan police, searched buildings, and arrested a few bad guys. It was
something that I will never forget and never regret. Although we never
encountered any major losses during my tour my unit as a whole did. We
were lucky and I am very thankful that we all came back safe.

3375 Tell us about modeling and what it means to you? 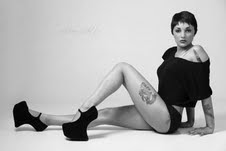 LEAH Modeling is a stepping stone for me. I am 27 I know that I cannot do
this for much longer. I am a writer at heart (poems and articles) I
would love to get into ghost writing music one day and am working on
that skill right now. My dream is to finish school and start my own
magazine. As far as modeling goals I really want to grace a cover,
preferably Urban Ink, but id be happy with seeing my face on any
cover.


3375 When did you know you wanted to become a model?Why?

LEAH I have been modeling since I was eight years old. I knew I was good at
it when I was around nineteen. I didnt start going after the career
until I was twenty one. It took me so long to persue the career
because I was so worried about finishing school and making sure I had
a stable future. After modeling did not take off the first time I
joined the Army and thought I would never model again. It wasnt until
Ricky Godette of LGP approached me and asked me to do a shoot with
him. This shoot was really all about me and my several new tattoos
that I had gotten over time. It was the first time I had been
tastefully nude in front of a camera (actually it was the first time I
had been nude in front of a camera at all) In the last year I have
taken the modeling part of my life more seriously. 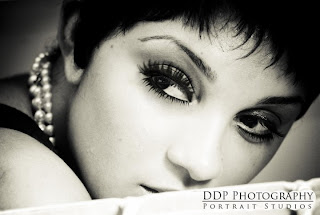 LEAH Oh wow I have so many! I probably spend half of my days searching
tattoos and models. It wasnt until I found a model by the name of BG
(Britanie Girard) She has a full body suit of tattoos. The reason I
fell in love with her was because she looks like me. I had never seen
a woman modeling with tattoos that looked like me. I was impressed and
inspired to do what I had always wanted to do but had previously been
scared to do. Then after seeing her I started noticing other models
like Rio Walker, Miss Paris, and ESaucey. I have always liked the
standard models like Tyra Banks and Gisele, however my heart bleeds
creativity and art and this is one of the ways I express it.


3375 Tell us about the first time you walk on the runway!

LEAH I actually do not do runway shows. I have walked once in a show and it
wasnt really my style. The beginning scene was actually my favorite
where I got to dress in a gold bathing suit and dance a the beginning
of the runway on a chair to Beyonces naughty girl. It sounds funny but
I loved it I thought that it was creative at the time and different.I
am not a fan of the runway I think I might be uncoordinated so I
always feel awkward when trying to walk sexy.

LEAH I stated before that I want to be on a cover of a magazine. I think my
ultimate goal is really to inspire young women to be who they are and
do what makes them happy. I am kind of a advocate for self expression
and self esteem.


3375 Tell my reader and your fans about your tattoo? 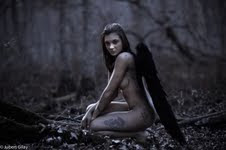 LEAH I have so many and working on a lot more. I have a few favorites are
my red tattoo on my left side. It says 'lies love truth pain' and its
my idea of the relationship cycle. Me and my sister have matching
flowers with sister written in Italian. I have black heart written in
French to symbolize how I feel about love and how I shouldnt rush into
anything too soon. And I am working on my sleeve right now the top
part represents things that motivate me and inspire me to do better (
I have a Micheal Jackson tribute tattoo and a bunch of things that
represent family) and the bottom is going to be stuff I have to let go
of and I havent finished that yet.

LEAH I dont really have anyone specific that I want to work with. My goal
at this moment is to be published in national magazine (like Urban Ink
or Inked). I am willing to work with a lot of people as long as I feel
like the match is a good business decision. I feel like I have a good
network of people in the Virginia area and now I would like to expand
that to Northa Carolina and Georgia.


3375 You also going to school to get your BS in Journalism, what made you choose
that career? 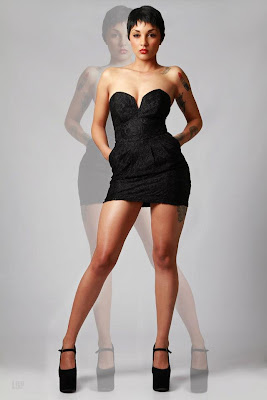 different jobs in my 27 years in this world. My very first job at 15
was at Mcdonalds, after that I thought I wanted to go to school to
become a buyer for a retail company. Then I went to school for massage
therapy. After that I worked for M.A.C. and wanted to be a makeup
artist. The list really goes on and on. All of that lead me to realize
that I wanted to create anything. I have always been in school and am
determined to finish in the next two years. The idea to get my degree
in jounalism came about when I started modeling again. I really wanted
to be a photographer, so that i could created my own images for my own
magazine. After looking into it and helping out a few photographers I
know I realized that, that wasnt enough for me and decided that I
wanted to know and do everything for my own publication one day and
decided to look into editing and writing my own magazine. I have
always been a good, creative writer and affter being published in
Glossip Agencies first magazine it gave me the satification that I was
looking for.

3375 United States Army, Model, and Journalist do you have any free time for Leah?

LEAH I have plenty of time for myself! I dont think of modeling and writing
as a job just yet I take most of my free time and put it to good use
with my modeling and writing. I also go to school part time and sell
Mary Kay on my free time which is all helping me to be successful. I
still hangout with friends on the weeeknds or during the week. I go to
kareoke at a local resturant here in town every Tuesday and if I come
home on the weekends I always see friends and family. The only issues
I run into is that im never alone. People always wonder why I drive so
much (going from NC to VA 2-3 times a week) most of my modeling
opportunities right now are in VA however I only get to be alone for
the most part in my car during that 3 1/2 hr long drive.

3375 I know my readers and your fans want to keep up with whats going on with you. How can they contact you? 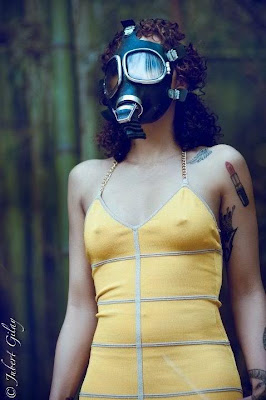 for bookings you can contact me at www.blastedink.com (west coast) and
peronally at leahmichelle.bookings@gmail.com if you are on the east
coast
I also have a fb fan page leah-michelle and a tattoo fan page on fb
called Uniquely Designed People

LEAH First I have to say thank you to two of my favorite photographer in VA Ricky Lebaron Godette because I wouldnt even be in front of a camera today if he had not contacted me over a year ago and offered to shoot me, he is the reason why I am modeling again. Jubert Gilay, he always amazes me with the images he creates of me. I have to say thanks to my wonderful network of people who always promote me @blastedink and @blastedinkgirls (www.blastedink) ,@sickwittedent, Grindtime and MaLaChi for putting me in their last two music videos. Thank you to www.ink-city.com www.sotattooed.com and Glossip Agency for letting me show off my writing skills, all the models and MUA that I have had the pleasure to work with over the last year everyone has been positive and helpful in one way or another, I love my family, my friends and ,INK! GO SEE ERICH AT ELITE TATTOO STUDIO IN FAYETTEVILLE NC!!!!!
Posted by 3375 Magazine at 6:30 AM