"It don’t take a prophet to see the young girl is gifted/either hate it or get wit it/ I am what every brilliant mind envisions..."Brooklyn, New York, home of some of entertainment’s most gifted and vibrant superstars also gave birth to this 20th Century rap phenomenon. She is intelligent. She is fascinating...She IS Hip Hop.
Known to the industry as Candis, this burgeoning female artist has the lyrical poise to fall in line with some of the greatest of MCs, both male and female. With more than a decade of caressing line paper with an ink pen, Candis is solidifying her spot as one of the best to emerge out of the Big Apple. Compelled by the likes of Notorious B.I.G, Jay-Z, Nas, Foxy Brown, Lil Kim, and Tupac, it is her very own life experiences growing up in Brooklyn's Farragut & Fort Greene Housing Projects that allows Candis to demolish any microphone she encounters speaking truth whenever she breathes air into the mic.
It was in 2003 when Candis composed a tear-jerking number in reference to her troubling years growing up and the loss of her grandmother, titled "It's OK", that she started to see hard work and dedication paying off. This work of art earned her a $10,000 college scholarship in the annual BMG World of Expressions songwriting contest. Candis has a message in her music that separates her from her peers. A “heart- felt” message that captures the essence of hip-hop. Candis is a constant reminder of what the entertainment world is missing. But being such a powerful force in the tri-state, it will be a matter of no time before she is recognized by the masses for her lyrical flow.
In August of 2010, Candis united with an elite group of New Jersey hip hop artists to form F02 Music Group, of which is now an LLC that she is co-owner of. It was then that she was given the name "SheIsHipHop". After seeing her work in the booth, the moniker became a no brainer! With the 1st quarter 2011 release of her mixtape @SheIsHipHop, Candis has been performing at some of the hottest spots in the tri-state. She was also awarded the privilege to perform at the 2nd Annual Female Hip Hop Honors in Los Angeles before Music Industry legends like Roxanne Shante and Michel’le. While most suffer the loss of their mixtape buzz after a while, Candis continues to reign. Her recent nomination for an Underground Music Award (UMA) for BEST FEMALE RAPPER proves that this young lady is already making her mark in the game.
Closing 2011 with an appearance on MTV’s RapFix Live for an interview and video review of her single “Love You Baby” by host Sway and famed rapper, Wale, you can be assured that this year looks very promising for Miss HipHop. Although a single mom and recent graduate of Rutgers University, Candis remains faithful to her music career. She is currently working on a new album, Soundtrack of My Life, while building her brand and that of her company F02 Music Group

3375 What made you want to get into rapping in the first place? 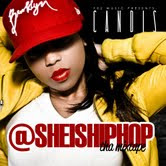 CANDIS I always had a love for music growing up. Dancing used to be my thing. But I knew all the words to all the rap songs. I would right them down and memorize them. Then one day I just started writing my own lyrics down.


3375 How old were you when all this was happening?

CANDIS I was 13 years old. Still in junior high school.


3375 What do your parents think of all of this? Are they supportive?

CANDIS My dad never really gave an opinion other than stay in school and make a living because this music thing isn't guaranteed. But he kept buying me instrumentals to write to so I guess he was telling me to keep doing my thing in his own way. My mom listens and lets me know what she likes and doesn't like. She's very supportive in terms of encouragement. So yeah I would say they're supportive. They've never discouraged me and told me not to pursue my dream like many other parents and relatives do.


3375 How did you feel the first time you took the stage?

CANDIS I was nervous, of course. Butterflies and all. But not to a point where I got on stage and froze, or anyone could tell I was nervous.

CANDIS I'm not crazy about it. The music doesn't have that feel that it did when I was growing up in the 90s. Artists are all for the quick buck and they seem to come and go just as quick. I come from an era of timeless music so I'm definitely not happy with the music that has taken over the radio these days. But there are songs I like here and there, more on the R&B side though. 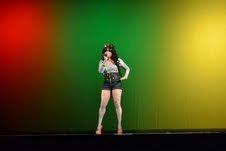 3375 Tell us Three thing about Candis the world doesn't know?

CANDIS I'm a college grad with a Bachelor's degree in Economics from Rutgers University. F02 is not only a team I run with it, but it's a company I'm co-owner of. I'm a Leo. LOL

CANDIS Why? It's not dead. It's just in a different place right now.


3375 What is the hardest thing about being a female rapper from NY?

CANDIS Us as women are the underdogs period, in all aspects of society. We have to earn respect instead of being given it automatically. I have to constantly prove myself. It's outrageous how the public will strip you of your esteem and judge your every move if you're a woman in the game, but men can do and say whatever they want. So as a female rapper you have to be strong mentally. That can be challenging when you're dealing with issues in your personal life as well. This is why many women never make it to where they're supposed to be in this game.


3375 What do you bring to the hip hop world that different from whats out here now?

CANDIS I bring a message of hope, strength, and empowerment. My music is proof that you can still be positive and spark the interest of the masses without conforming to what's popular in society. I also bring you the female perspective of things.


SHE IS HIP HOP

3375 Tell us about your MTV experience?

CANDIS It was encouraging and confirmation that I'm on the right track. That was an opportunity that not many artists are able to get. I am truly grateful. Also, if you visit Sway's Facebook page and look in his RapFix Live album, we're in it! Along with Lil' Kim, Nicki Minaj and other industry big dogs. That's big!!!


3375 When you not doing Music what are your other interest?

CANDIS When I'm not doing music, I'm spending time with my family or relaxing.


3375 Being from NY is there any pressure on you not to sound like you from the south?

CANDIS Not at all. I do me. I don't focus on conforming to what's hot. If I went that route, I wouldn't be giving the world Candis.

3375 What does Brooklyn's Farragut & Fort Greene Housing Projects mean to you?

CANDIS Not really. I try to incorporate my daughter into everything I do. It makes life a bit easier that way. She is used to tagging along on my music endeavours, late-night studio sessions and all.

CANDIS I'm currently working on my album "Soundtrack of My Life" and I just finished shooting three music videos. So expect to be seeing and hearing much more from me in the next few months.