INTERVIEW WITH UP AND COMING HIP HOP ARTIST TY HILL

You have some rappers who simply rap and do nothing else. 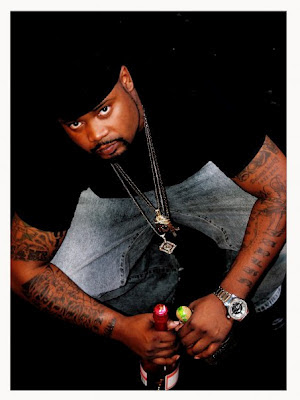 
3375  Tell everybody your name and whatarea you represent? 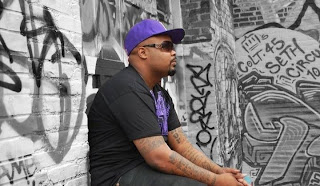 Ty Hill I go by Ty Hill now but most people know me as Ty Gudda.  I recently changed my name because I’venoticed an outburst of rap artists using the name Gudda and I wanted to setmyself apart from everyone else so I decided to shorten my real name which isTyran Hill to Ty Hill.  Plus I believe thename Ty Hill is more marketable than Ty Gudda.

I was born and raised in East Baltimore but I represent the entire 410!!!

3375  How long have you been doing music andwhat made you get into music?

Ty Hill  I watched my grandmother write poetry as a toddler so you can say that Ipretty much was introduced to the craft of making words rhyme and make sensefrom her at a very young age.  As amatter of fact I wrote my first poem when I was 7 years old.  I became interested in music because it was away to get my feeling and thoughts out there.

Ty Hill  I would describe my style as VIVID!!! My best attribute is I’m able to paintpictures with words and most artists don’t possess that skill. Most just rap butI create the visuals for my words.

3375  Tell us your greatest experience thusfar as a music artist and why?

Ty Hill  One of the greatest experiences I’ve had so far as a music artist was when Iwent to Quad Studio for a meeting with Universal Records. Not just because theywere offering a deal but because some building are just that important in theworld of hip hop and Quad is one of those buildings.   I meanTupac was shot there and a host of other artist has recorded many hits there.Growing up I’ve seen so many pictures and videos of this studio in the heart ofNew York,  so it felt great to be therein person and feel like I was touching a part of history.

3375  What is the biggest challenge youface being an artist?

Ty Hill  The hardest challenge of being an artist like myself would have to bestaying relevant at the same time remaining unique when compared to others.  Take the name “Gudda” for example.  Although my talent speaks for itself, Ichanged my name because I take pride in being distinctive.  At the end of the day, when people speak ofme, I don’t want to be compared to anyone but myself.  Ty Hill is a hell of a brand you know…. LOL

3375  Who would you like to collaboratewith in the music industry and why? 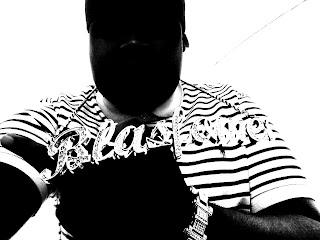 Ty Hill  Tupac or Michael Jackson’s hologram … LOL!!! Naw if I could collaborate with anyone “alive” it would have to beJay-z; not because he’s one of the biggest stars of our time.  My reasons stem from the old Jay who got methrough hard times with songs like “You must love me” or “Lucky me” as well asthe Jay-Z I saw on the movie “Streets is Watching” as a youngin.  I admire the Jay who I mimicked my storytellingtechnique of rhyming from.  That’s why mymusic sounds more like a script then a song.

3375  So how do you feel you rank againsttop music talents today? And why?

Ty Hill  To be totally honest I don’t focus my attention on any other talents outthere but myself.  I mean I know theyexist but no man can win a race while watching the other runners in the lanesnext to him. I try to focus on Ty Hill’s music only.  I’m mastering my lane to obtain success.  I don’t believe it’s a competition of whothinks they’re the best.  I just know I makeeverlasting quality music that everyone can relate to on some level.  So to answer this question honestly, I rankmyself at the very top of the list amongst the greatest!

3375  What are you working on now, and whencan fans expect to hear more from you?

Ty Hill  I am currently waiting on the release of my newest CD titled “Urban Cinema” whichis expected to drop the 1st of July 2012.  It’s already completed.  We’re just ironing out the last kinks before theactual release date. Also you can expect to see some more videos from me.  We’re shooting the first one for my single “MyCity” this coming Sunday June 17 so be on the lookout for that.

3375  Give readers one tip about pursuingtheir dreams?

Ty Hill  The greatest tip I was ever given is also the exact one I have tatted on mychest in bold letters…. “NEVER GIVE UP!” Those three words are simple yet powerful.

3375  So what do you want to accomplish asan artist overall?

Ty Hill  Legacy and understanding!   I want to be understood for who I am and leavea legacy so that even when I’m gone people can still go back and hear how I feltin my own words.  Before it’s over I wantto be considered one of the legends in hip hop.

3375  If music never existed, what do youthink you would be doing?

Ty Hill  Since my passion is in the field of entertainment as a whole, if music neverexisted I would be focusing on being an actor because that’s another dream ofmine.  I actually produced, directed, andstared in some short films that I released on youtube.com titled, “Dirty Money”which generated thousands of viewers. 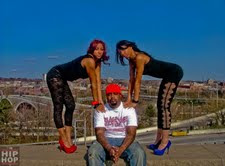 3375  What do you think about the “hip hop”music in the world right now?

Ty Hill  I honestly don’t hear too much hip hop anymore; I hear rappers rapping aboutshit that I could care less about. Calling what they do “hip hop” would be a stretch.   I believeright now we have a lot of busy music you know. Just like your substitute teacher use to give you busy work when your realteacher was absent just to hold your attention, I think there’s a lot of “busymusic” going on right now.  I can’t say thatI’m a fan of too many.

3375  What quote do you feel bestrepresents you?

Ty Hill  “This Above All, To Thine Ownself Be TRUE”- Shakespeare

3375  What music do you have playing in yoursound system right now?

Ty Hill  Right now my system is currently playing my new CD “URBAN CINEMA” but if I’mnot listening to myself I’m probably listening to a Country Western station.  Honestly that has to be my top genre of musiclately.   One of my favorite songs right now is “I needyou now” by Lady Antebellum.  I guess ucan say I’m on my hillbilly shit… LOL! Hey don’t knock it until you try it! Hahaha…

3375  How can business heads and fanscontact you in the future?

Ty Hill  Although I go by Ty Hill now, you can still search Ty Gudda anywhere on theInternet and you’ll be able to find a lot of videos, music, and social networksthat you can reach me on. Also my new website will be up next week so you can stayupdated with me there @ WWW.TYHILLMUSIC.COM.  Likewise, I can be reached on Facebook @ WWW.FACEBOOK/TYGUDDA.

Ty Hill  To avoid confusion of missing people, I just want to say thank you toeveryone who has ever supported me as well as everyone who may support me inthe future. Y’all are the force that keeps me grinding as hard as I do and I’llnever let y’all down. Last but not least shout out to the greatest teams ever, “BLASFOMEEntertainment.”  Y’all are the best!!
Posted by 3375 Magazine at 5:43 PM