PICTURE THE ULTIMATE BLEND OF POP, R&B, JAZZ, HIP HOP AND SOUL. MUSIC THAT DEFIES GENRE. DELIVERED WITH RAW VOCALS AND HEARTFELT EMOTION, TAMARA CREATES TIMELESS HITS THAT WILL BE AROUND FOR YEARS TO COME 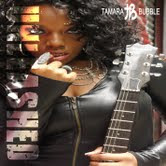 In a world where emerging artists are constantly given advice to stay in their lane and maintain creativity, Tamara has been a granted a permit to serve her soulful melodies to the masses on a platter of music genres. She reigns in the independent music realm as the Pop, R&B, Jazz and Hip-Hop singing sensation that has also been known to spit a few bars, act and model.


Tamara was born in Brooklyn, NY with a beautifully strong voice that could easily pierce a rowdy crowd and calm them to listeners, admirers even. As a youngster, she grew up singing background and harmony on her church choir, but soon took the lead. Before long, she began to take charge of more than the microphone with music collaborations, songwriting for ASCAP and live performances at the Apollo Theatre and Williamsburg music festival. Her strong stage prescense always leaves the crowd in tears because Tamara commands the attention with her raw vocals and enticing melodies. Tamara has even appeared on Fox TV and numerous blogs, media outlets and publications showing off her irresistible smile, bubbly personality and ultimate love for the camera.


Her music influences stem from legends and her songwriting concepts are powerful, comical and sexy; attributes that keep her supporters growing and take the first-timers by storm. Tamara writes about love and communication. She says what needs to be said telling more than both sides of the story. She spares no feelings and literally steps on toes as some of the lyrics in her songs suggest that the people involved may get hurt. There’s something to be said about an artist who can passionately, yet playfully sing about a kitty cat and still manage to connect with music lovers from 8 months to 108 years of age.


TAMARA  I've been doing music professionally for a little over two years now. I didn't really get into it. I was born with it in me! I have a condition lol. I've been singing on the choir since I was old enough to talk, but I say "doing it professionally" because that's when I began songwriting and rapping.


3375  How would you describe your style and why? And what do you feel you can bring to the table as an artist?


TAMARA  Musically I perform and write everything from Dance to Rap, blending elements of Jazz and Soul. I'm bringing content and quality to the table because that's my job. As an indie artist, I have to be able to give the people music they can relate to combined with what they want to hear and still incorporate my own style. The concept is quite sexy if i may add.


3375  What do you feel has been your greatest experience thus far as a music artist and why?


TAMARA  My greatest experience by far was being introduced to a brand "newbie" fan of mine who was still in tears after I performed a song. I've seen people get emotional in church, but that is God working. When she told me her story, I realized that music is real and lives within us and is not just a dope beat or catch hook. I realized that we experience music.It let me know that I'm going my job.


3375  What do you feel is the biggest challenge you face being an artist?


TAMARA  For me or any other artist out there, the challenge is the business side. Anybody can make music. We all sing in the shower, but the hurdle is always getting your music out there! In my opinion if a tree falls in the forest, when no one is around ... it'll doesn't make a sound! So there's a priority. Then there's strategy. Do the music. Feel the music. Make bangin music babes! lol then PIMP til it hurts ^_^ so that somebody and maybe everybody will have to hear you! 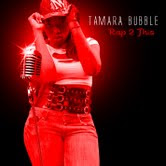 3375  Who would you want to collaborate with in the music industry and why?


TAMARA  I actually haven't sought out any collaborations. As a new artist, I want people to know me for my sound. I do many genres. I have a vocal range from soprano to baritone, I don't wanna get drowned out on my own album from soooooooooooo many features and collabos! That's working backwards! For now, it's easier to do me and all things Bubbly!


3375  So how do you feel you rank against top music talents today? And why?


TAMARA  Top music talents are heavily promoted and backed by the majors! That's the only difference. I have the look. I have the talent. "Brooklyn Superstar" or at least that's what they tell me lol. I'm working on the backing ... it's just a matter of time.


3375  What are you working on now and when can fans expect to hear more from you?


TAMARA  My debut album "Unleashed" is complete and due this Summer! Pre Order is available now http://tamarabubble.bandcamp.com. I'm also currently on my 2012 Promo Tour making a whole lot of noise in a city near you. I have sooooooooo much material ready to go. I'm a keep ya'll over the head wit it. Hope you're ready!


3375  If music never existed what do you think you would be doing?


TAMARA  Trying to create it lol. No, but seriously, I would be on the business side still. I went to school for accounting. I'm a CPA. I do taxes! lol Mama ain't raise no fool.


3375  So what do you want to accomplish as an overall artist?


TAMARA  Of course I want the recognition for the hard work and talent, be it a well deserved Grammy or songwriter award or 2 or 20 lol, but most of all I music fans around the world to welcome me in their home, share me with their friends, and support my habit just because they live through my music! That's the goal, uh huh.


TAMARA  I'll jump on who and then get to the what.
WHO: Influenced by soooo many legendary artists! here we go babes: Jazz great Ella Fitzgerald … I love to scat and she’s the reason why! Notorious B.I.G… for his storytelling and lyrical genius. Michael Jackson, because everything he sings sounds good and he OWNS the stage. Brownstone, SWV, En vogue, Take 6 and Gospel groups in general because I love harmonies and real soulful singing.


WHAT: Instruments that I can't play lol and whatever’s real to me because that’s what people can relate to. I could see a girl walking down the street crying … and the lyrics and melodies will come to me. Like the entire hook I will just start singing it. A lot of times it’s the music that inspires me too. I could listen to a track for the first time and start singing the hook and everything. It really just comes to me.


TAMARA  Pop is R&B is Rap is Country is Jazz! LOL everybody sounds the same ... and then I take a deep breath of myself ^_^


3375  What quote do you feel best represents you?

TAMARA  Ummm can I do two pleaaaase! lol


TAMARA  Severely biased ... but I'm actually listening to this track called "Sue You For Love" by some chick name Tamara Bubble.


TAMARA  Shout out to the scammers, that've made me smarter and stronger! Shout out to the dream killers ... "I have A Dream" lol in my best MLK voice. Big Big shouts out to all my fans. Thanx for jumping on board. Enjoy the ride babes! Lastly shout out to my awesome, amazing, manager P-Spell and my the team! Could not have done this without you. Thanx 4 being real.